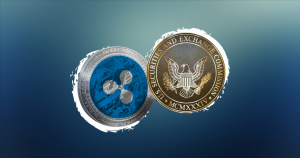 The most recent development in the legal battle between Ripple and the SEC is that both parties have now filed a combined application for a time extension until January 13 to post the Daubert papers and related exhibits on the public docket with redactions that are consistent with the court’s sealing judgment from December 19.

The court approved the company situated in San Francisco’s request to modify the documents that it had submitted in connection with the Daubert motions, therefore the company was awarded a tiny victory as a result of this verdict. This is done with the intention of protecting both the legal privacy concerns of third parties and the confidential business interests of Ripple.

The Daubert motion is unique in that it is also used to exclude the testimony of an expert witness who does not meet the criteria for expert witness status. While this latest development may not guarantee a victory for Ripple or signal the conclusion of the lawsuit, it does indicate a little uptick in optimism.

James K. Filan, a defense attorney and former prosecutor who has been actively following up with the case and posting developments on his Twitter page, is the one who shared the new update. And there is no doubt that the community is thankful for his engaged enthusiasm.

5 Important Dates To Watch As The Case Nears Its End

In his post, James Filan also mentioned five significant upcoming dates in the case’s final stages. On December 22nd, both sides will submit omnibus requests to seal documents associated with summary judgment motions. The parties are also required to submit redacted versions of the above papers simultaneously to the court.

Second, the deadline for parties to ask the court to seal evidence in connection with applications for Summary Judgment is January 4. According to Filan, these parties have waived their right if they do not do so by the deadline.

The court has set January 9, 2023, as the deadline for both parties to respond to the December 22 Omnibus Motions. On January 13, as requested by both parties on Tuesday, the public filing of Daubert Motions to exclude expert testimony will occur.

After that, on January 18th, the court will expect all parties to file their responses to the third parties’ petitions to seal papers pertaining to the Summary Judgment.

This day, two years ago, the SEC filed a complaint against Ripple and its officials, claiming the offer and sale of an unregistered security. The fact that it will soon be over is something that I am sure excites all of us. Everyone is crossing their fingers that Ripple will win. As for me, I sincerely think Ripple will emerge victorious.