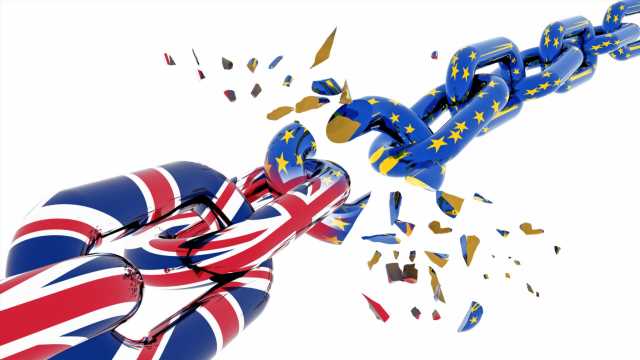 British billionaire investor Guy Hands has reckoned that Britain will become “the sick man of Europe” and may be forced to seek a bailout from the International Monetary Fund (IMF) if it does not renegotiate its Brexit deal. The billionaire insisted the United Kingdom’s current economic woes are the result of a poorly negotiated Brexit deal and not the Liz Truss government’s controversial tax cut proposals.

The British billionaire investor Guy Hands has warned that Britain needs to renegotiate Brexit if it is to avoid seeking a bailout from the International Monetary Fund (IMF), a report has said. According to Hands, Britain’s poorly negotiated exit from the European Union is the primary cause of the United Kingdom’s ongoing economic woes.

As per a report by The Telegraph, Hands believes Britain’s period of economic pain — which seemingly reached its crescendo when the pound fell to its lowest exchange rate versus the dollar — started six years ago and could eventually see the country become “the sick man of Europe.”

While Britain might not need the bailout right away, Hands, founder of private equity firm Terra Firma, insists seeking such financial assistance will become a reality if U.K. ministers fail to renegotiate the Brexit deal. Hands warned about the current course of the country:

Steadily increasing taxes, steadily reducing benefits and social services, higher interest rates and eventually the need for a bailout from the IMF.

Hands, who is a supporter of the ruling Conservative Party, reportedly suggested that he does not think the outgoing Liz Truss government’s tax cut proposals are to blame for the United Kingdom’s financial mess.

Hands: Conservatives Must Own Up to Their Mistake

Tax cut proposals by Kwasi Kwarteng — the United Kingdom’s former chancellor of the exchequer — reportedly spooked financial markets, causing the pound to fall to its lowest ever level versus the U.S. dollar.

Meanwhile, the billionaire investor suggested there has to be some reckoning that the Brexit deal is poor and that it only put Britain on a disastrous economic path. In his remarks directed at the Conservative Party, which has since chosen Rishi Sunak to become the UK’s next prime minister, the billionaire said:

“I think if the Tory party can own up to the mistake in how they negotiated Brexit and have somebody leading it that actually has the intellectual capability and the authority to negotiate Brexit, there is a possibility of turning around the economy, but without that the economy is frankly doomed.”

After touching a low of 1.03 per one dollar, the pound has since recovered and is trading at £1:$1.13 at the time of writing.

26/10/2022 Crypto Comments Off on Report: Billionaire Says Britain May Be Forced to Seek Bailout From IMF if It Does Not Renegotiate Brexit Deal – Economics Bitcoin News
Markets