Cryptocurrency has certainly been making major strides into mainstream financial and pop-cultural spheres over the past year and a half. Near the end of 2017, Bitcoin went from a fringe internet hobby to a white-hot investment practically overnight. The market has since cooled, but crypto charges ever forward. In perhaps one of the most direct grabs for attention that the crypto world has seen, Ashton Kutcher and his investment partner donated $4 million in XRP live on the Ellen Degeneres show.

Of course, the donation was for a good cause–the funds will benefit the Ellen Degeneres Wildlife Fund. However, the move has been met with a fair amount of criticism from members of the cryptosphere, who have said that the donation was a publicity stunt intended to ‘shill’ the coin.

This isn’t the first time that Ripple has made an appearance on a big-name American talk show. In March of this year, Stephen Colbert announced on his show that Ripple had made a $39 million donation to DonorsChoose.org to support classrooms and teachers.

Kutcher’s tech investment fund, Sound Ventures, has made the decision to invest in Ripple, along with initiatives like AirBnb, Uber, and Spotify. The fund was formed in 2015 with Kutcher’s business partner, Guy Oseary.

On the show, Oseary explained that ‘Ripple is basically a platform to allow people to transfer money from bank account to bank account, person to person, really securely, really simply, really quickly.’

At press time, Ripple was the third-largest cryptocurrency in the world by market cap, following Bitcoin and Ethereum. A single Ripple token was trading for roughly $0.61, down from a peak of roughly $3.60 in early January. 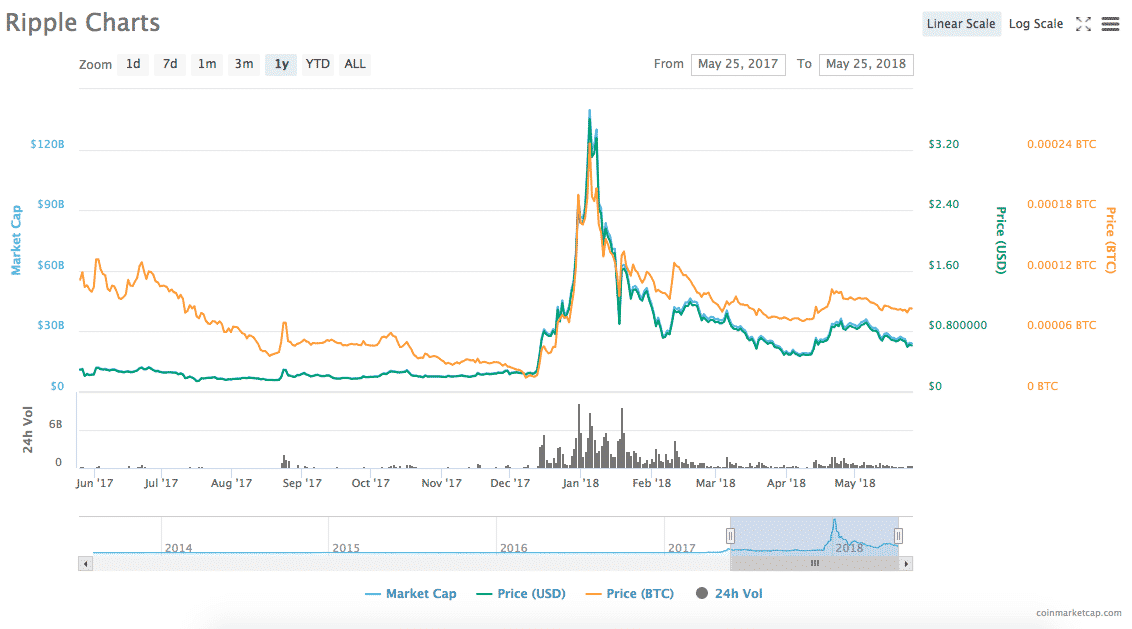