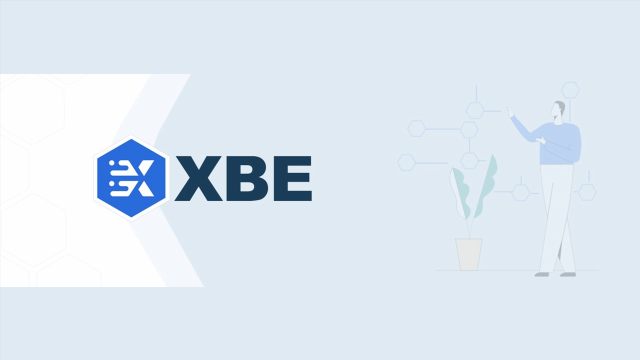 Decentralised Finance enables people and organizations to participate in a new and improved protocol aimed at disrupting the existing financial system. And on top of that, XBE Hive adds more benefits to decentralized, institutional, and retail finance users by increasing incentives on the more than $20 billion in liquidity deployed in top decentralized finance protocols such as Curve and Convex.

What awards does XBE provide through Phase 2?

As XBE gets closer to Phase 2 of the milestone, its community has launched a bug bounty program with $500,000 in XBE rewards. And as the XBE Hive enters the Alpha testing phase with the implementation of smart contracts on the Ethereum mainnet, these prizes are being offered to entice intrepid DeFi smart contract testers.

XBE is also glad to announce that they have passed a thorough security evaluation undertaken by Peckshield, with a third security review by Certik also underway.

DeFi testers will have the opportunity to experience the alpha app user interface to engage with smart contracts and test all the protocol functions built on top of Curve.fi and Convexfinance.com as a result. The testing features will include stacking liquidity, claiming prizes, and even creating referral links as testers benefit from extra protocol incentives when other users engage on the platform.

What is XBE Hive?

XBE Hive is a key component of the protocol, which involves deploying liquidity from fiat and defi markets to provide extra and transparent returns. XBE Hive is a Convex and Curve based yield complementing product.

The protocol provides unrivaled incentives for DeFi on selected Curve and Convex liquidity pools by making it simple to aggregate CRV, CVX, and other rewards on a variety of liquidity as a complementary yield solution.

By selecting Curve and Convex for liquidity, customers earn rewards while maintaining exposure in only their desired asset denomination such as USD, EUR or ETH. This feature helps to reduce their liquidity’s susceptibility to price fluctuation, which is common with traditional yield farming services.

The Hive product will also launch an Easy XBE 3.0 web app, which is designed for DeFi users with less experience and can be utilized by any web user. Aside from that, the protocol focuses on institutional and retail finance onboarding through compliant on-ramping functionalities between fiat and Cryptocurrencies. XBE fiat ramps works with regional implementation partners that integrate the XBE products tightly with the realm of traditional finance.

The Hive Pro version of the XBE Hive assists Licensed Financial Service Providers and Institutions by offering access to DeFi-based Stable Coins liquidity incentives. The roadmap also includes the Easy XBF mobile app, a retail-friendly yield product for non-custodial wallet providers to enable their clients to obtain even more value from DeFi. Both services will integrate the existing offering seamlessly, adding value to the ecosystem while attracting new users and liquidity to the attracting DeFi.

Simply put, the XBE community is a decentralized one that actively participates in governance proposals through its token, with over 50% of tokens locked up for an average of 20 months and another 28% stake, and a circulating market worth less than $25 million.

The community anticipates additional product launches soon as it expands onto several Layer 2 networks, such as the planned launch of the XB protocol as XBF on the Opera chain, which will follow the Hive debut.

The XBE protocol also rewards community members who participate in governance with rewards in future expansions on Layer 2 networks, such as the coming deployment on Fantom’s Opera Chain under the XBF banner.

The XBE platforms features public contributors from the Block Markets Africa team – who focus on providing financial blockchain solutions for payment service providers, and Central and Commercial Banks. This experience is helping guide prodcuts like the XBE Hive Pro on Ethereum and the upcoming Easy XBF Mobile App on the Fantom blockchain to ensure XBE’s regulatory compliance strategy – making the Hive services accessible to a larger TradFI audience.