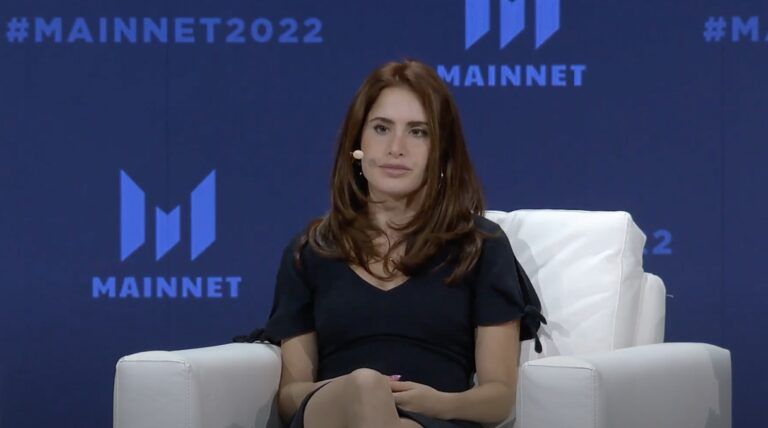 Recently, Lauren Stephanian, a Partner at crypto-focused investment firm Pantera Capital, shared her thoughts on some of the main issues with decentralized governance.

Stephanian made her comments while speaking on September 21 at a panel (titled “What’s Next for DeFi Governance”) at Messari’s annual conference Mainnet (September 21-23, 2022) in New York City:

The VC is confident in the long-term potential of blockchain technology, even though the market may not be feeling this way at present, and according to a report by Cointelegraph, during an interview on September 23, he told Real Vision:

“Like any disruptive thing, like Apple or Amazon stock, there are short periods of time where it’s correlated with the S&P 500 or whatever risk metric you want to use. But over the last 20 years, it’s done its own thing. And that’s what I think will happen with blockchain over the next ten years or whatever, it’s going to do its own thing based on its own fundamentals.“

“We’ve been very focused on DeFi the last few years, it’s building a parallel financial system. Gaming is coming online now and we have a couple hundred million people using blockchain. There’s a lot of really cool gaming projects, and there still are a lot of opportunities in the scalability sector.“

Despite the downtrend in venture capital, there are many people who believe that it will rebound in the future. Cointelegraph Research’s data says that August inflows dropped 31.3% compared to July (which saw inflows totaling $1.98 billion).

“Everyone was expecting M&A to take off in crypto as we headed into this bear market, but we haven’t seen that happen yet. I think the main reason for this is that the downturn hit the industry so fast and so intensely that even large companies poised as aggressive acquirers were so shell-shocked by the crash that they had to make sure their own balance sheets were in order before looking elsewhere for growth.“