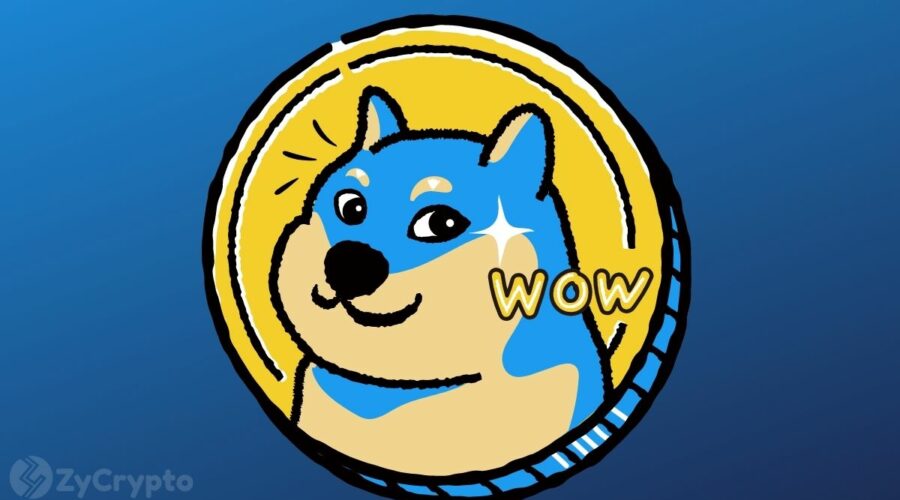 Dogecoin continued to exhibit strength this week taking centerstage against the backdrop of Elon Musk’s acquisition of Twitter.

Last week, the world’s largest meme cryptocurrency surged by as much as 165% to touch $0.1583 after Elon Musk purchased the social media giant, bringing the idea of integrating Dogecoin closer to fruition. However, the crypto asset’s price recoiled sharply over the weekend ahead of the Fed’s interest rate decision dropping as low as $0.1230 on Wednesday.

Despite Bitcoin, Ethereum and other cryptocurrencies exhibiting weak volatility, Doge has remained buoyed even as investors seemingly stockpiled on the hope that a further nod on the integration could be a boon for the asset’s price.

Crypto analysis expert “Ali” shared a chart showing 350,000 addresses purchased nearly 64 billion DOGE on Saturday at an average price of $0.092. Technically, this level is considered solid support by Dogecoin bulls, as it took close to seven months for the price to breach. Thus, according to Ali, this level “provides a stable and stiff support floor for DOGE,” he tweeted.

Furthermore, according to data from IntoTheBlock, 64% of Dogecoin traders are currently in profit, with the cryptocurrency’s sentiment indicator tilting to the “mostly bullish” side.

Meanwhile, most investors believe there is still some room for Dogecoin’s growth, having undergone a major outbreak. “Even after more than a year of a hardcore bear market, we still see that there’s always room for speculation,” crypto-focused analytics firm Santiment wrote on Monday.

David Gokhshtein, the founder of Blockchain Media Company Gokhshtein Media, also indicated that there is a likelihood that Doge would still rally to surpass its all-time high of $0.7332 if Elon musk carries on with his Dogecoin-Twitter integrations plans. “If it’s true from Elon’s hint yesterday about possibly implementing DOGE into Twitter, it easily will pass its ATH,” tweeted Gokhshtein.

While chasing the rally now may be risky because of the possibility of a “sell-the-news” event, DOGE’s breakout may have long-term implications if the bulls build a new base above the former resistance-turned-support of $0.92. Currently, most traders are waiting for a price pullback to make entries around the said support, believing that it could help trigger a sizeable bounce to $0.20.

As of writing, dogecoin was trading at  $0.124 after posting a 3.11% drop in the past 24 hours, according to CoinMarketCap data.