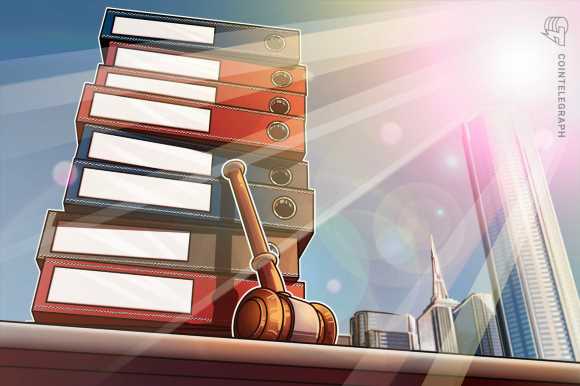 Lead plaintiff, California resident Junhan Jeong submitted the complaint on April 1. The complaint accuses Nexo of breaching its user agreement by suspending the use of XRP as loan collateral without notifying its customers beforehand. The suspension followed the SEC’s legal action against Ripple Labs for conducting unregistered securities offerings on December 22.

Nexo allows users to borrow fiat currency or stablecoins using over-collateralized loans that are backed by crypto assets. Should price fluctuations in the crypto markets cause loans to no longer meet the platform’s required loan-to-value, or LTV, ratio, the complaint cites Nexo’s terms of service as stating that “Nexo will — after providing notice to the customer — sell the collateral to bring the LTV ratio back in line.”

Jeong alleges that Nexos reacted to the SEC’s announcement by suspending the use of XRP as collateral, to pay down loans, and for staking on Dec. 23. As a result, many users were left unable to support their loan positions, prompting wholesale liquidations across the platform.

“Seeing the price of XRP thus drop significantly, on December 23, Nexo suspended customers’ use of XRP to stake as collateral or pay down on loans and did so without providing notice of the suspension. Nexo did so because it did not want to be left holding XRP at its substantially decreased value—not because Nexo believed that the SEC’s announcement counseled against the use or sale of XRP.”

According to the lawsuit, Nexo’s suspension resulted in the liquidation of more than $5 million worth of its customers’ assets. The plaintiff also alleges that Nexo’s XRP liquidations contradicted the company’s claim it doesn’t possess ownership rights of users’ collateral.

Jeong is seeking restitution for the alleged losses incurred from the XRP suspension, along with an order declaring Nexo’s contractual rights:

Nexo is yet to comment on the accusations, however, the platform recently filed a defamation lawsuit against its former customer, Lance Johansen, over multiple negative reviews the defendant published on review platform Trustpilot in early 2021.

In particular, Nexo is taking aim at Johansen’s comments claiming the platform is operated by an ex-felon, uses bot accounts to disseminate fake news, and that it purposely “robbed all XRP owners blind” through its suspension of the token.