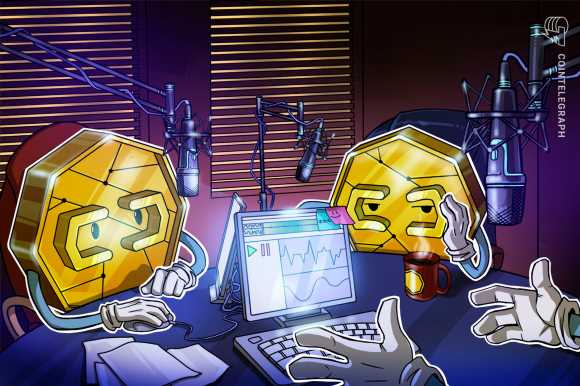 The huge changes in the crypto exchange market on Nov. 8 led to equally massive waves of commentary. The UpOnlyTV channel on Twitch was a beneficiary of this activity with Do Kwon and Martin Shkreli showing up simultaneously to talk about the deal between Binance CEO Changpeng Zhao (CZ) and FTX CEO Sam Bankman-Fried (SBF) for the purchase of FTX.

Shkreli, sometimes referred to as the “Pharma Bro” for his role in that industry before his conviction for securities fraud, had doubts the Binance-FTX deal would work out. “I think the hole [FTX’s balance sheet shortfall] is a lot bigger than people think and I think there’s a good chance Binance walks away, and I think that’d be terrible,” Shkreli said.

Kwon, whose Terra Labs issued the TerraUSD (UST) stablecoin, now known as TerraUSD Classic (USTC), that collapsed catastrophically in May, had more confidence in the deal, saying:

“I’m assuming the sale price is at a reasonable discount to whatever the private funding round was, but if CZ steps in and makes users whole, there’s no reason why he [SBF] would be in any meaningful distress. He’ll probably move on to something else.”

But when asked if he would invest in an SBF startup, Kwon demurred. “I’m not much of an investor,” he said. “I think it’s too early to tell.”

Speaking about the role of his “bravado and persona” in the Terra/Luna collapse, Kwon said, “I don’t think that what happened with UST would have been any different if the way I conducted myself on Twitter was different. Actually, how I am in real life and how I am on Twitter is pretty different. […] There is value in being entertaining and funny.”

“Well, in the list of villains for this year, Do is moving further down,” Wintermute CEO Evgeny Gaevoy, another guest on the show, conceded. “It’s not that bad anymore, I guess, compared to Alameda and Three Arrows. […] He was a bit cocky, but whatever.”

Another guest called him, “A sociopath, to be blunt,” adding, “I’m not a huge fan.”

Commenters on the live stream were no more forgiving. “DO KWON HAS TO PAY FOR MY LOSSES,” one wrote. “SCAM KWON TO JAIL,” wrote another.

Kwon did not respond to the speakers butlater said, “I think what has been really helpful is the support of people we have worked with for years. I think the bad publicity has made it really hard for them to speak out in favor, in defense of what happened with UST, but I’d like to think that, for people we’ve worked with for a long time, we’ve had an opportunity to display our character and our good intentions.”

“If the entire banking system got drunk or high or something, this is how it would operate, right? You have real adults in the room in real banking and maybe that’s because of regulators and maybe it’s not.”

Shkreli added, taking a poke at Binance by repeating an unfounded rumor, “The biggest problem is that we don’t know what Binance’s balance sheet is. Why are we trusting these guys? […] It’s a CCP appendage.”

Shkreli was sympathetic to Kwon, however, telling him:

“Good to know,” Kwon replied, even though he started his conversation on the podcast by saying “I don’t think I’m on the run.” He did not disclose his whereabouts.