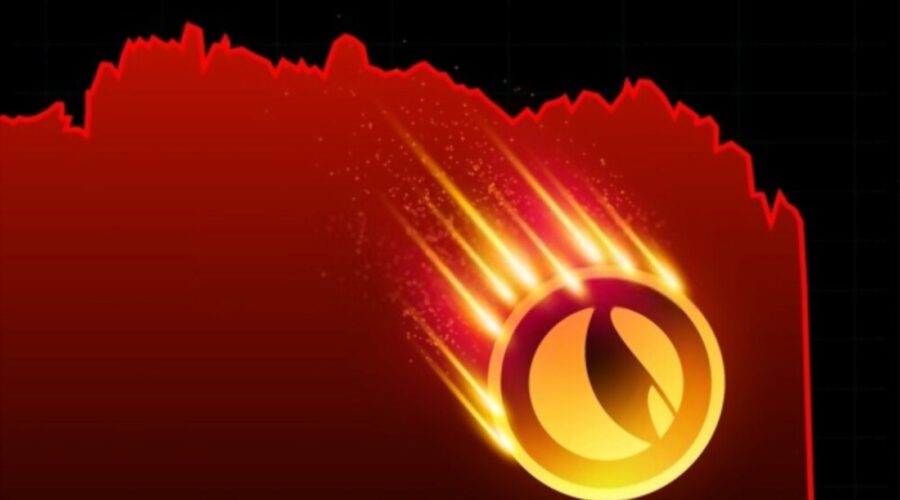 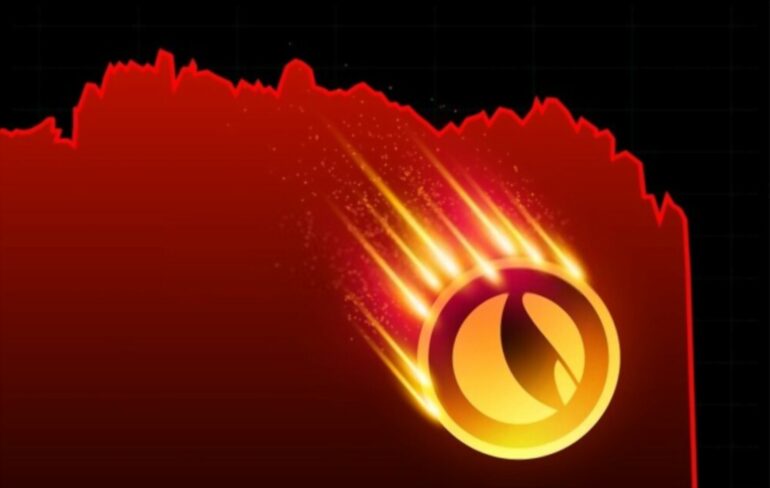 Binance has completed its first burn of Terra Classic (LUNC), burning $1.86 million of the trading fees collected from spot and margin trading pairs. The exchange tweeted about the burn on October 3, pointing to a post that explained the burn mechanism in detail.

For more details about the first burn and all future burns, please check the announcement linked below for weekly updates moving forward.https://t.co/Depz9nYDVO

The exchange burnt about 5.59 billion LUNC, the USDT equivalent of which is $1.86 million. The details of the next burn will be made known on October 10.

Binance revealed that it would burn all trading fees from spot and margin trading pairs of LUNC on September 26, which the Terra community was eager to hear about. They hope that this will increase the price of the LUNC token. It’s a positive step forward for the community, which has been hit hard by the collapse of the Terra ecosystem.

Meanwhile, authorities are still on the hunt for the co-founder of Terraform Labs, Do Kwon. South Korean authorities have managed to get Interpol to issue a red notice, and now there is an international lookout for Kwon. However, he has insisted that he is not on the run.

Terraform Labs has issued its own statement on the matter, saying that the case was highly politicized. It also said that it would not reveal Kwon’s location because of “physical security risks.”

LUNC Price Doesn’t Get the Bump the Community Wanted 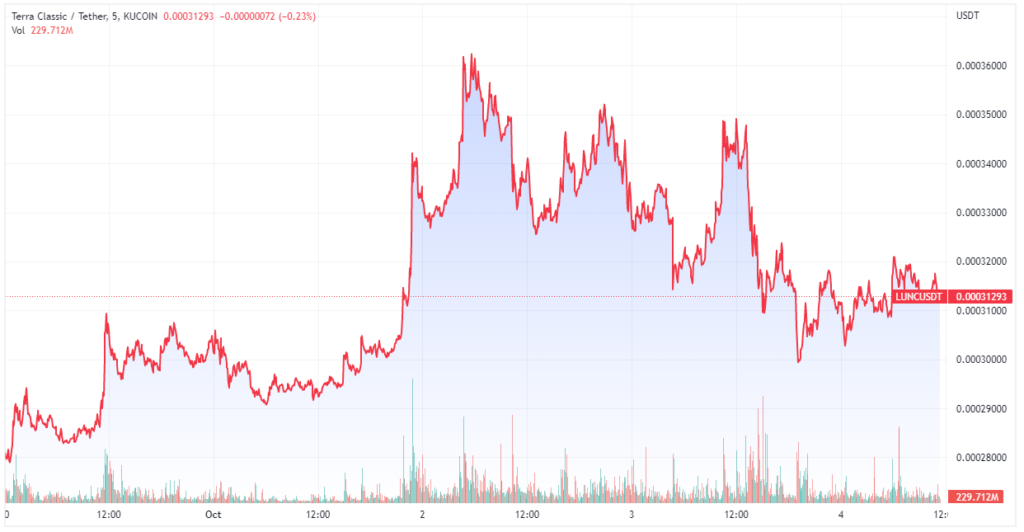 The LUNC burns have been at the center of discussion in the community, which the members hope will boost the price. So far, 13.8 billion LUNC has been burned, about 0.2% of the whole supply. Today alone, there have been 9.4 million LUNC burned by tax.

However, it has not had the intended effect. The LUNC token price has actually fallen by roughly 7% to $0.0003. The 24-hour volume of LUNC stands at $835 million, while it has a fully diluted market cap of $2.1 billion.

That hasn’t stopped the community from pushing forward. Data from Santiment shows an uptick in development activity, as the community members seek to add value to the token.