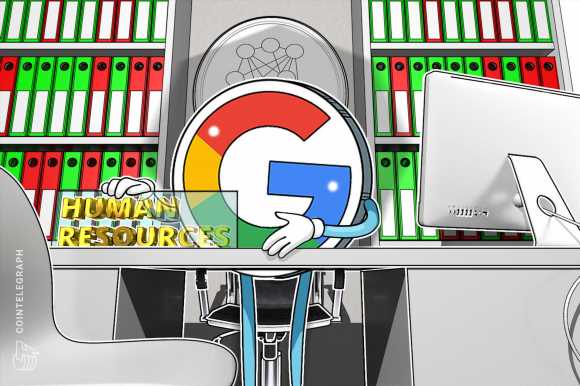 Following the establishment of a Web3 team under Google Cloud on May 6, tech giant Alphabet’s Google is now on the lookout for a full-time candidate to lead its Global Web3 marketing strategies.

As seen on the job listing, the Google Cloud division opened up a ‘Head of Product Marketing’ role who will be tasked with raising awareness about Google Cloud’s Web3 initiatives in addition to eventually building customer demand for the related offerings.

In an email shared with employees right before the commencement of the Web3 team, Vice president at Google Cloud, Amit Zavery, reportedly shared his vision to make Google Cloud the first choice for developers in Web3:

“While the world is still early in its embrace of Web3, it is a market that is already demonstrating tremendous potential with many customers asking us to increase our support for Web3 and crypto-related technologies.”

Some of the key responsibilities for the role in question in addition to leading marketing initiatives include creating annual plans for Web3 and driving awareness across different segments of the Web3 audience.

The job location is limited to New York, San Francisco, Seattle, and Sunnyvale. Google has been known to create and discard numerous in-house initiatives, however, this is Google’s first attempt at delving into the Web3.

In a conversation with Cointelegraph during the World Economic Forum (WEF) Annual Meeting 2022, Polkadot (DOT) founder Gavin Wood spoke about the evolution of Web3. According to Wood, Web3 applications don’t have the need to evolve past their current usage:

“I don’t think Web3 needs to evolve, really, from its origins too much yet but maybe in the future, it will.”

Furthermore, Wood explained how Web3 pushed the conversation beyond Bitcoin (BTC), smart contracts and decentralized finance (DeFi) into the underlying technology that powers the world of crypto.