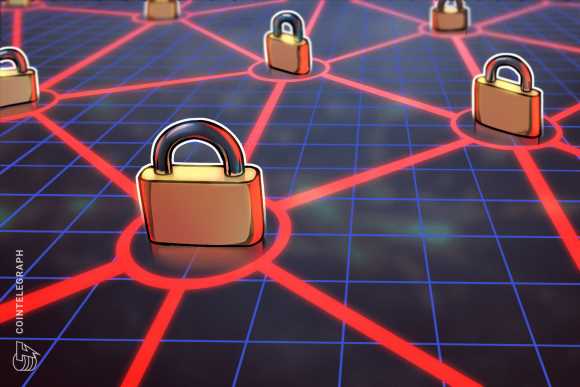 The launch of Ethereum-backed stablecoin called Fei has locked up almost a billion dollars’ worth of ETH during its genesis event. But the launch hasn’t gone entirely as planned for some of its liquidity providers.

The protocol, which launched a genesis event on April 1, introduced a stablecoin that is partially backed by Ethereum and uses bonding curves coupled with direct incentives to maintain the correct peg. These direct incentives penalize price fluctuations moving away from the peg and reward trades that drive prices towards the peg.

Messari researcher Ryan Watkins observed the genesis event, which included an airdrop to liquidity providers. Over $1 billion dollars in Ethereum was locked up due to these protocol mechanics.

Watkins noted that most early investors will want to liquidate to get their ETH back and make a profit, stating: “The issue with FEI right now is most people want to sell it back for ETH, but doing so incurs extreme penalties. Eventually, Fei will re-weight to bring FEI back to its peg, but then what? There’s little real demand for FEI and most are still running for the exits.”

However, penalties for removing liquidity are related to the direct incentives mechanism that uses a dynamic burning system to influence price. The protocol explained:

“This means if you need to sell FEI in a quick time frame during a period of high sell pressure, you could incur a significant burn penalty. FEI’s stability mechanisms are geared towards long-term holding.”

The researcher added, “I imagine many people who participated in the offering got caught off guard by this inability to redeem FEI for its collateral.”

FEI will have an uncapped supply that tracks demand, with coins entering circulation via sale along a bonding curve that approaches the $1 peg.

The protocol uses a concept called ‘Protocol Controlled Value’ (PCV), meaning that when users deposit collateral, the capital is owned and managed by the protocol so that liquidity cannot just be pulled out. This makes it more decentralized than other stablecoins such as Tether, USDC, or BUSD.

To kick start the genesis event, the protocol allowed users to mint FEI from the ETH bonding curve at a discount starting at $0.50. The supply-based growth rate would result in the stablecoin reaching its peg once enough collateral had been deposited.

A ‘Genesis Group’ of early adopters and investors had been created to participate in the launch. The launch would also include an airdrop of its governance token called TRIBE. On April 1 protocol co-founder Sebastian Delgado tweeted:

However, it didn’t stop there and as much as $1 billion in ETH had entered the protocol by April 4 as the supply of FEI surged to 2.5 billion. Those chasing the quick buck and airdrop now have little choice but to hold FEI until it returns to its peg.

Watkins also observed that the launch also pushed Uniswap (where the FEI/ETH pair was traded) liquidity as high as $8 billion.

At the time of writing the pair had a collateral level of $2.57 billion and a daily volume of $65 million according to Uniswap stats. The stablecoin was trading below its peg at $0.945 according to Coingecko.

07/04/2021 Crypto Comments Off on Fei Protocol genesis locks up $1 billion in ETH, but LPs could face losses
Markets