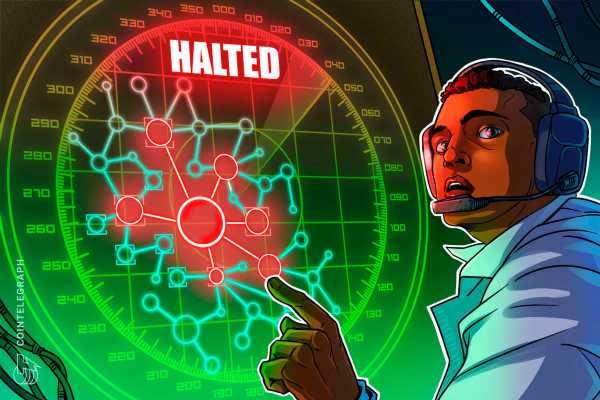 Venture capital firm Digital Currency Group (DCG) has told shareholders it is halting its quarterly dividend payments until further notice as it attempts to preserve liquidity.

According to the letter sent to shareholders on Jan. 17, the firm is focused on “strengthening our balance sheet by reducing operating expenses and preserving liquidity.” DCG said it was also considering selling some of the assets within its portfolio.

Its financial issues are derived from the woes of a subsidiary, crypto broker Genesis Global Trading, which reportedly owes creditors more than $3 billion.

Customers are currently unable to withdraw funds from Genesis after it halted withdrawals on Nov. 16, which has prompted Cameron Winklevoss — on behalf of his exchange Gemini and its users with funds on Genesis — to call for the board of DCG to remove Barry Silbert as CEO of the firm in a Jan. 10 open letter.

According to Winklevoss, Genesis owes Gemini $900 million for funds that were lent to Genesis as part of Gemini’s Earn program, which offers customers the ability to earn an annual yield of up to 7.4%. Winklevoss also claimed DCG owed $1.675 billion to Genesis, although Silbert denied this.

Soon after Winklevoss’s letter, the United States Securities and Exchange Commission (SEC) poured fuel on the fire, charging both firms on Jan. 12 with offering unregistered securities through the Earn program.

On Nov. 10, less than a week earlier, Genesis revealed it had around $175 million stuck on FTX, which resulted in DCG sending Genesis an emergency equity infusion of $140 million in an attempt to resolve its liquidity issues.

DCG also owns Grayscale Investments and its series of digital asset trusts and has invested in over 200 companies within the crypto industry, including recognizable names such as blockchain analysis firm Chainalysis, stablecoin issuer Circle and digital asset exchange Kraken.

Cointelegraph contacted DCG for comment but did not receive a response.