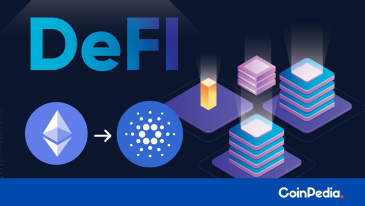 The founder of Cardano, Charles Hoskinson jumps in defense and debunks all the negative rumors and doubts regarding it being a ghost chain and not having use cases.

On a Periscope stream, he puts forward his stance concerning fear, uncertainty, and doubt around the platform’s future performance and development.

He said, even though they do not have full programming ability at the base layer, applications like shoe authentication on New balance and cattle authentication with BeefChain are using the metadata features of Cardano. And yet people say what Dapps are running on Cardano.

The platform is overwhelmingly subscribed and they have to turn them down sometimes, he further told.

As if smart contracts come and there will be no demand. We’re overwhelmingly subscribed. At the moment, our company has no more capacity to service the deal flow that comes in for Cardano. People come to me, unless it’s a super high-value deal, and some have, we jump them up the queue, we say ‘No’ and turn them down.”

When the Cardano update is tracked, it can be seen its number on GitHub commits, there has been humongous progress from the beginning.

He further takes a dig at Ethereum and says Cardano is much more cost-effective, the transaction rate is just in thousands of dollars and not in Millions. Despite Cardano having five times lesser market cap.

“…we will see a gargantuan increase in the amount of value that’s transacted and moved, especially when those multi assets are actually connected to projects and markets that are listed, and our transaction fees will stay very low… because we built the system right.”

Hoskinson believes in the near future Defi projects will migrate to Cardano out of self-interest, because in the end what matters is a better, faster, and cheaper service irrespective of who provides it. He had priorly even said that almost 100 firms are looking to shift to Cardano.

“All this DeFi you see, it’s not loyal to its underlying infrastructure. These businesses are not in the game to make Joe Lubin or Vitalik Buterin money.  They are there to provide a service. If it’s better, faster, and cheaper, with higher liquidity and more users on our chain than another chain, then they’ll migrate over out of self-interest.”

The fourth-largest cryptocurrency by market capitalization has experienced a lot of hype in the past few months. and has been considered a serious contender to Ethereum, but it has also received critics for not having as many use cases and Dapp developments. This interview answers all the concerns aptly.