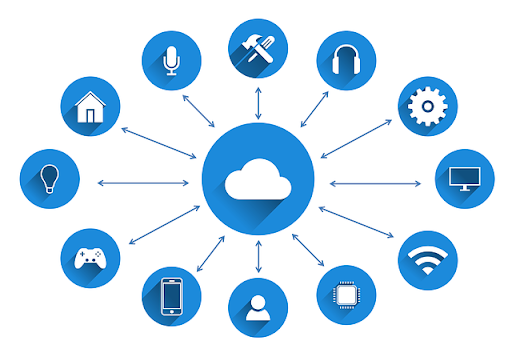 Cryptocurrencies are changing the landscape of financial markets, although not everyone agrees on their value proposition. This emerging asset class is now worth $1.9 trillion, with Bitcoin leading the pack at a market dominance of 44.1% while Ethereum follows at 19.1%. Going by the statistics, it is evident that many stakeholders see the value proposition of cryptocurrencies in connecting futuristic economies.

Not only are they connecting the financial market, but cryptocurrencies have also paved the way for the connection of other technologies, including the Internet of Things (IoT). Blockchain, which acts as the supporting technology for cryptocurrencies, has introduced decentralized architectures to facilitate Earth’s most extensive wireless networks.

How is this possible? First, let’s define wireless networks. At the core, wireless networks are designed to communicate through wireless data connections powered by nodes. Unlike wired networks, this new way of device connectivity offers more flexibility, given that users do not require physical resources like ethernet cables to link modern-day devices.

The 21st century has taken over the internet age, ushering in the fourth industrial revolution (4IR). In this era, technologies are being built on the decentralized web, also dubbed web3.0. This can be seen in the latest developments within the crypto ecosystem; the effects are now trickling down to IoT, which seeks to connect smart devices’ things’.

As it stands, most people own a smartphone or other devices such as laptops and computers. However, the underlying potential in these devices remains untapped. With IoT, it is possible to enable communication through wireless networks. Essentially, IoT creates an environment where devices can communicate wirelessly, giving rise to the concept of smart homes and cities.

So, where does blockchain and crypto feature? For starters, blockchain networks provide a fundamental building block for IoT networks. The decentralized nature of these ecosystems enables IoT-focused innovations to integrate scalability solutions by leveraging unutilized resources, including data storage and the low energy from smart devices.

Setting the Stage for a Connected World

We live in the era of information where social media powers most of the interaction. Similarly, emerging technologies are bridging the gap in financial markets and device connectivity to revolutionize communication channels further. So far, several innovations that feature IoT and blockchain have come up, but only a few seem to be making solid progress.

One of the prominent players in this niche is Nodle Network. This next-step IoT evolution uses blockchain and crypto to scale the number of devices connected to the internet. The Nodle IoT solution leverages open-source protocols such as Bluetooth Low Energy (BLE) to lower the cost of connectivity. Ideally, anyone with a smartphone can connect to the Nodle network and dedicate their BLE towards running a node in return for network rewards, NODL tokens.

Nodle’s business model seeks to create an environment where network contributors and IoT clients can mutually benefit. The former category act as the end suppliers by running nodes, while the latter are organizations or entities that use IoT data to keep track of their operations. Nodle features an app that contributors can download to start running nodes. In addition, developers can integrate the Nodle SDK to monetize their applications.

Notable firms that have partnered with Nodle include Cisco Meraki, allowing users to connect Nodle with the Meraki network. Nodle extends the coverage of Meraki’s network through over 4 million nodes across the world, enabling the business to keep track of its IoT devices through decentralized wireless connections. ESTV has also partnered with Nodle, with the primary goal being to allow viewers to run Nodle nodes while streaming their favourite sports.

Why Decentralized Wireless Networks are the Future

As mentioned earlier, innovations are focusing on web3.0 solutions, with cryptocurrencies leading by example. Contrary to centralized networks, decentralized ecosystems are not controlled by a single entity, which means no central point of failure. That being the case, it is not surprising that IoT innovations are also pivoting towards decentralized wireless networks.

Blockchain technology provides a significant opportunity to expand today’s wireless networks. Currently, most connections rely on central entities to provide resources such as data storage and network security. However, blockchain changes the narrative; anyone can contribute to decentralized wireless networks as long as their devices can run a node. It is even simpler with upcoming innovations such as Nodle that feature contribution incentives.

According to Nodle’s CTO Garret Kinsman, decentralized wireless networks will likely be the engine of futuristic economies,

“Decentralized systems and their inherent trustless nature naturally lower the costs of doing business in any marketplace. In the space of IoT connectivity, we believe decentralized networks can also work to create circular, inclusive economies powered by anyone.”

“Nodle, for example, incentivizes anyone with a smartphone to participate in growing a wireless network from scratch, just by connecting to nearby Bluetooth-enabled Iot devices and sensors in their daily activities.” added Kinsman.

Despite being a nascent market, cryptocurrencies are becoming increasingly important across multiple industries. This presence can be felt in sectors such as gaming, logistics and healthcare. All these existing industries are integrating digital ecosystems with some daring players exploring the murky world of cryptocurrencies.

While it may take some time before we realize the full potential of crypto assets, current developments show that they could easily be the centre stage of the next era of financial markets and technologies. However, this will require a collective effort by all stakeholders, including regulators and traditional industries.