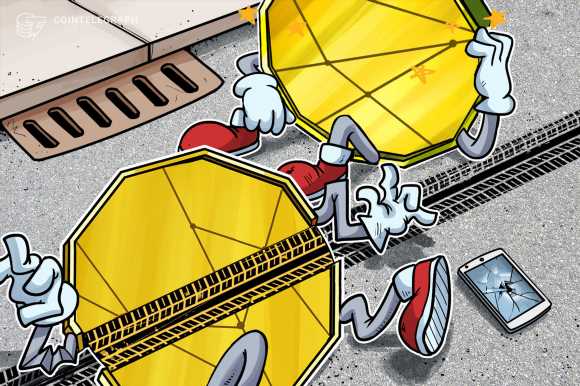 Bitcoin (BTC) is the greatest monetary revolution of the modern age. By simply buying and holding Bitcoin, citizens are staging a peaceful protest against the indentured servitude brought on by fiat economics. In the process, they’ve initiated one of the greatest wealth transfers of all time — a process that will take decades to play out fully.

Bitcoin has also galvanized a trillion-dollar cryptocurrency and blockchain industry — a double-edged sword that is both inspiring and frightening. Sam Bankman-Fried, the disgraced founder of the now-bankrupt FTX Group, is a case study of what can go wrong when pariahs are in charge of major corporations. Sam Bankman-Fried, or SBF as he’s often called, has “sincerely apologized” for defrauding investors, conning auditors and using customer funds to prop up FTX’s sister hedge fund. We haven’t even untangled the political web that SBF finds himself in — one that may include Gary Gensler of the United States Securities and Exchange Commission.

This week’s Crypto Biz continues to unpack the implosion of FTX, which, as of 10 days ago, was the second-largest digital asset exchange in the world.

Sam Bankman-Fried is ‘under supervision’ in Bahamas, looking to flee to Dubai

After denying rumors that he fled to Argentina over the weekend, SBF was said to be under supervision in the Bahamas alongside FTX executives Gary Wang and Nishad Singh. A source familiar with the matter informed Cointelegraph that it would be difficult for the trio to leave the country on their own accord. The same source, who chose to remain anonymous, also claimed that Alameda Research CEO Caroline Ellison was trying to flee to Dubai to avoid extradition to the United States. Despite trying to convey a modest lifestyle to the public, SBF lives in a $40 million penthouse in the Bahamas.

The fallout from the FTX debacle was both immediate and devastating as Bitcoin lender BlockFi halted platform activity, leading to credible rumors that it was on the verge of bankruptcy. In an official update to clients on Nov. 14, BlockFi said it had “significant exposure” to FTX and its affiliated companies. Meanwhile, crypto lending company SALT also disclosed this week that it was halting platform activity, including pausing all deposits and withdrawals, due to the FTX contagion. As Cointelegraph reported, SALT CEO Shawn Owen has denied allegations that his company was “going bust.” But, things don’t look good for SALT users at the moment.

On Nov. 16, the FTX contagion spilled over into the institutional markets as liquidity provider Genesis Global announced a temporary suspension of withdrawals due to “unprecedented market turmoil.” Genesis Global isn’t a household name in crypto, but it does provide liquidity to Grayscale’s Bitcoin Investment Trust, which currently has over $20 billion in net assets. Genesis managed to weather the Three Arrows Capital collapse earlier this year, having since filed a $1.2 billion claim against the failed hedge fund. It’s unclear whether Genesis will survive the FTX meltdown, as it had $175 million worth of funds stuck on the exchange.

In addition to BlockFi, SALT and Genesis Global, several companies were left holding the bag on FTX’s bankruptcy. Hedge fund Galois Capital is said to have as much as $50 million worth of crypto stuck on FTX. New Huo Technology, which owns the Hong Kong crypto exchange Hbit, has been unable to withdraw $18.1 million of digital assets from FTX. Nestcoin, a Nigerian Web3 startup, has reported similar problems but didn’t disclose how much money was locked up on SBF’s exchange. FTX touched every corner of the cryptocurrency market, leaving millions of people exposed. More details will come to light in the coming weeks and months.

Crypto Biz is your weekly pulse of the business behind blockchain and crypto delivered directly to your inbox every Thursday.