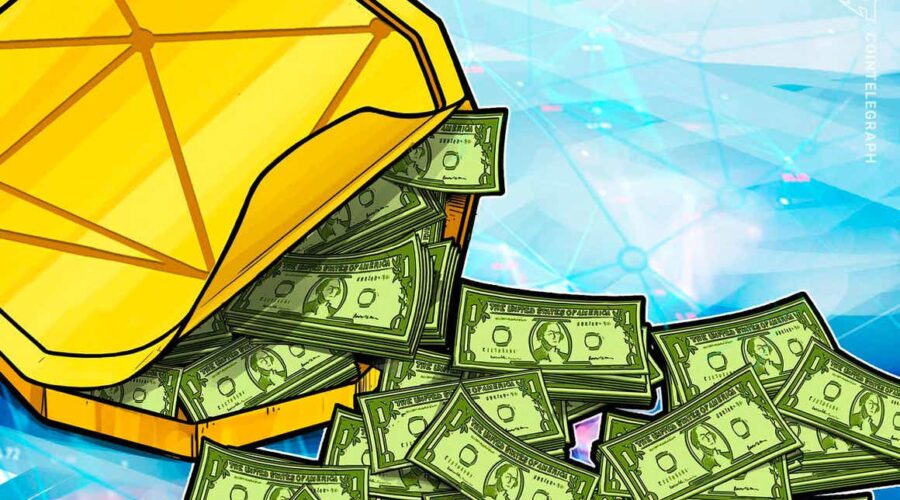 U.S. Bitcoin mining firm Core Scientific has posted bullish 2021 fiscal year results compared to the year prior, with its revenue increasing by 803% to $544.5 million and gross profit growing 2,443% to $238.9 million.

The results were announced on March 29 and show a total net income (take-home after expenses) totaling $47.3 million last year. The figure marks a drastic increase from the net loss of $12.2 million seen in 2020. 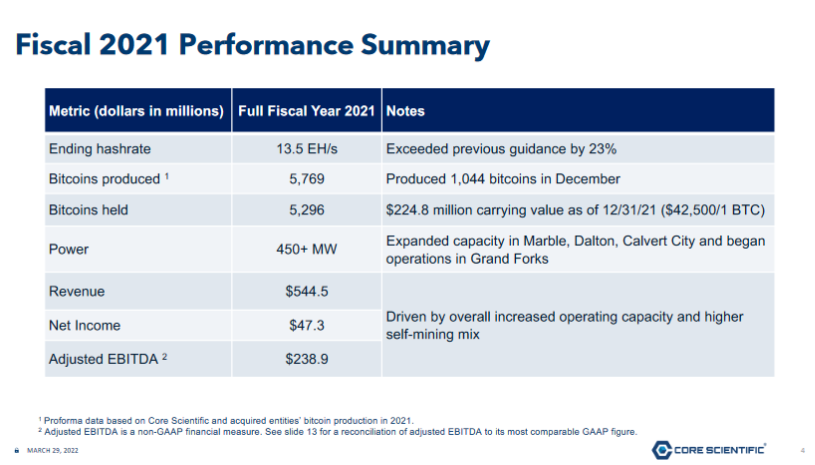 Looking forward, Levitt stated that the company is on track to meet its expansion plans in 2022:

“In the first two months of 2022 our total hashrate grew to 15.9 EH/s and we self-mined over 2,000 Bitcoins. Across our business we are executing our plans effectively and remain well positioned to continue expanding our capacity and creating shareholder value.”

While the firm posted strong increases across the board, the trend also occurred on the expenses side of the equation, with the cost of revenue increasing by 500% to $305.6 million and net income being partially offset by $41.3 million worth of “non-operating expenses related to our convertible notes” and a $14.6 million increase in interest expense from financing arrangements.

Following the company’s impressive 2021 results, Core Scientific founder Darin Feinstein also took some time to slam Greenpeace and Ripple chairman Chris Larsen, after the duo teamed up this week to launch the “change the code, not the climate” campaign. The initiative aims to fundamentally change Bitcoin to a more environmentally friendly consensus model such as Proof of Stake. Feinstein said Greenpeace had sold out Bitcoiners.