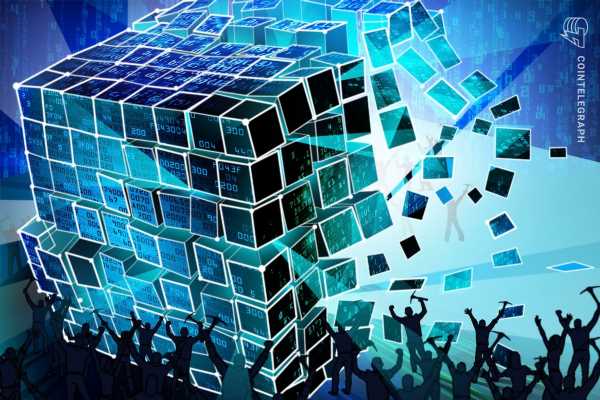 As Bitcoin (BTC) had its 14th birthday, Bitcoiners from around the world are celebrating in various ways, with some opting to send BTC to the address containing the rewards for mining the Genesis block.

On January 3, 2009, the pseudonymous Bitcoin creator Satoshi Nakamoto mined the Genesis block, which led to the minting of the first 50 BTC. This instance paved the way for an entire industry to be developed, with millions of people working toward a similar vision for the future of money. This is why on this day, many showed their respect by posting various greetings to the cryptocurrency that started it all.

While many celebrated the day by posting greetings, some tipped their hats to the Bitcoin creator by sending small amounts of BTC to Satoshi’s wallet address. On Jan. 3, there are several small transactions sending BTC to the wallet. However, since its inception, people have randomly sent Bitcoin to the account, pushing its total balance to 68.56 BTC, which is worth $1.1 million at the time of writing.

Apart from sending BTC to the Genesis block wallet, Bitcoiners have created various greetings, including a video showing the newspaper that contains the headline stamped on the Genesis block.

On Dec. 28, which is a week before the Bitcoin Genesis Day, business intelligence firm Microstrategy added more Bitcoin to its holdings. The move divided the crypto community, with some pointing out concerns over one entity holding a large amount of BTC.

Related: Bitcoin volatility may return in ‘catch up’ with gold in 2023

In other news, a tax attorney recently highlighted Microstrategy’s intent to reduce capital gains in a tax year by selling BTC at a loss. International tax attorney and CPA Selva Ozelli told Cointelegraph that, at the moment, there is no crypto-specific wash sale rule that prohibits selling at a loss and reacquiring within 30 days.