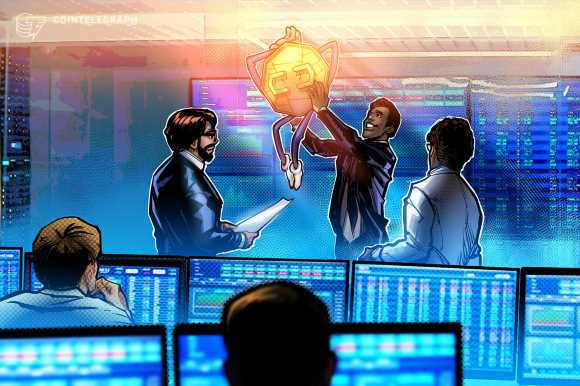 Named the CoinShares Physical Staked Algorand, the new crypto investment product will be trading on Xetra under the ticker RAND. The ETP is enabled through CoinShares’ proprietary technology platform Galata, allowing investors to benefit from the 2% staking rewards associated with participating in Algorand’s blockchain security.

Created in 2017, Algorand is a decentralized network and infrastructure aiming to enable an improved version of a Proof-of-Stake (PoS) blockchain, referred to as the pure PoS (PPoS). In contrast to many PoS networks, any network member can become a validator with the minimum stake required of 0.1 ALGO ($0.03).

The launch of the CoinShares Physical Staked Algorand comes amid the ongoing bear market and extreme volatility in recent months, with the total market capitalization standing below the $1 trillion mark.

“Despite the volatility seen across digital asset markets in recent weeks, we are encouraged by the demand we’re seeing for our products, especially our range of bankruptcy-remote, physically-backed staked ETPs,” CoinShares’ head of product Townsend Lansing said.

The launch also comes against the backdrop of positive regulatory news following the finalization of the Markets in Crypto Assets (MiCA) regulations in Europe in late June, Lansing noted, adding:

“We see [MiCA] as a fantastic first step towards a comprehensive and transparent regulatory regime governing digital assets.”

The Algorand ETP launch comes shortly after CoinShares announced the acquisition of Napoleon Asset Management on July 4. The acquisition enabled CoinShares to offer products and services compliant with the Alternative Investment Fund Managers Directive, in addition to its major position as an issuer of crypto ETPs.