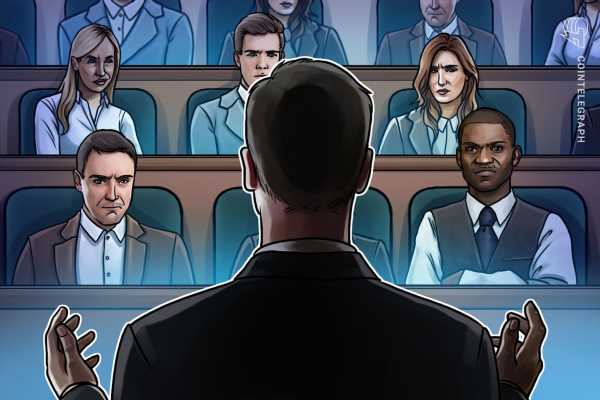 A leaked pitch deck on Jan. 16 revealed it was collaborating with the now-bankrupt hedge fund to build a proposed crypto exchange called “GTX” — which would focus on the trading of claims against bankrupt firms.

In a blog post published shortly after, CoinFLEX went on to “clarify misconceptions about the leaked materials concerning the proposed ‘GTX’ Exchange.”

Firstly, CoinFLEX said it won’t actually be using the “GTX” name as detailed in the pitch deck, noting that it only serves as a placeholder name for now.

Some members of the community had pointed out its similarities to the name of the recently collapsed crypto exchange “FTX” which was previously run by founder Sam Bankman-Fried.

CoinFLEX added it would be looking at rebranding itself into the new entity, noting that CoinFLEX CEO Mark Lamb and co-founder Sudhu Arumugam will remain involved in the new entity.

Secondly, the firm also attempted to address criticisms about the venture, arguing that building the new exchange would be valuable for both holders of claims and for Coinflex creditors.

CoinFLEX said that any funds raised would be used for operational growth, increasing its equity value for CoinFLEX creditors and shareholders.

“This avenue will not only be an opportunity to serve a large number of existing crypto creditors but, in doing so, will also bring new volumes to the exchange through crypto trading.”

“Above all, we are committed to ensuring that any decisions and actions taken by CoinFLEX are in the best interest of CoinFLEX creditors,” it added.

The firm was also looking at adding other asset classes to the proposed new entity’s offerings, such as equities and bonds.

“Several avenues are being considered for building out regulated venues/exchanges for these assets. Over the last few months, we have made significant progress in discussions with regulators and partners in highly regarded jurisdictions,” it stated.

CoinFLEX also clarified that the decision on whether to create the new exchange or not will be made by “the reconstituted board” of the company.

It noted that management will abstain from voting on this proposal.

Related: Albright drops lawsuit against Terraform Labs and Do Kwon

Some saw CoinFLEX’s plans to start a new crypto exchange with 3AC as controversial because 3AC was itself a firm that went bankrupt while its founders’ whereabouts are still unknown.

In a Jan. 16 Twitter post, Ripple’s former director of engineering Ripple Nik Bougalis slammed the newly proposed venture, calling it a “scam” due to the involvement of 3AC founders Su Zhu and Kyle Davies

Meanwhile, the CEO of crypto market maker Wintermute stated that his company will “cancel” anyone who invests in the new exchange.