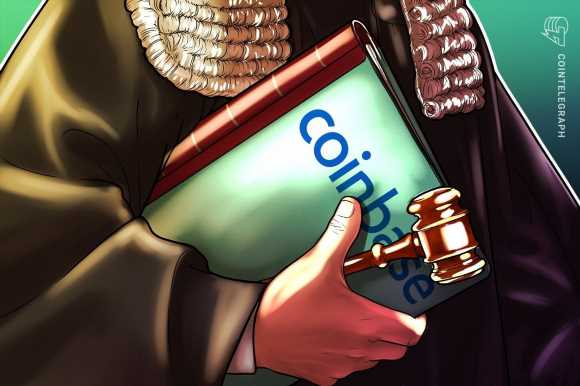 On Thursday, New York-based legal firm Bragar Eagel & Squire revealed that it would be suing Coinbase for making deceptive claims about its business practices. Pomerantz LLP has also filed a claim against the exchange, alleging that it is entitled to compensation for any losses incurred as a result of the defendant’s violations of federal securities laws. This lawsuit was filed to compensate the plaintiffs.

In both complaints, plaintiffs claim that Coinbase made fraudulent and deceptive representations regarding the company’s business, operations and compliance efforts between April 14, 2021 and July 26, 2022. According to the complaints, Coinbase neglected to disclose that client cryptocurrency was kept in escrow at Coinbase, making it part of a bankruptcy estate subject to bankruptcy proceedings in which customers would be treated as general unsecured creditors of the company.

Furthermore, Coinbase reportedly refused to disclose that it permitted U.S. citizens to trade digital assets that—despite its knowledge and complacency—required SEC registration as securities. As such, the lawsuits claim that Coinbase’s public representations were always, to a significant extent, false and deceptive as a result of the preceding actions.

Coinbase has been involved in several court cases and controversial situations in the past. The two fresh lawsuits arrive as Coinbase is being investigated by the SEC for allegedly trading unregistered securities. Ishan Wahi, a former global product manager for Coinbase, is being accused of insider trading in a separate lawsuit. However, earlier this month, Wahi pleaded not guilty to two counts of wire fraud conspiracy in a Manhattan federal courtroom.