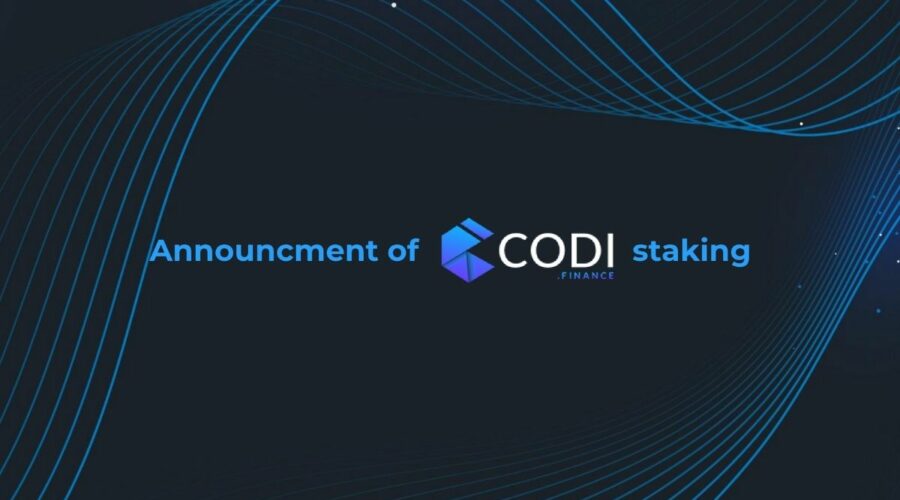 As per the announcement, the staking feature is now available on the CODI platform allowing $CODI holders to stake their tokens for a fantastic APY. Notably, CODI Finance’s staking feature is divided into five tiers, each with a different reward system. These tiers include Bronze, Silver, Gold, Diamond, and Challenger. In addition, the staking amount varies with each tier. The lowest amount has been set at 2000 $CODI and the highest being 500000 $CODI. The different tiers also have different APRs.

Launched in September 2021, CODI Finance serves a decentralized exchange (DEX) and a decentralized lending and borrowing protocol. Since its launch, the platform has made significant progress towards its vision of becoming one of the leading DEX and IDO launchpad for Solana and the Defi ecosystem at large.

“CODI aims to build a progressive ecosystem where users may get decentralized financial products faster and lower costs within the Solana ecosystem.”

CODI Finance’s mission is to provide a platform with no gas fee, a diverse range of order types, and a non-custodial protocol. The platform seeks to enable its users the ability to buy and sell NFTs on the marketplace without sacrificing anything.

The CODI ecosystem comprises three primary products: an IDO launchpad, an NFT marketplace for artists and collectors, and CodiSwap. CodiSwap is an automatic market maker that allows users to trade and exchange crypto assets using a liquidity pool.

In the coming days, when the CODI IDO launchpad is fully functional, holders will be able to invest in projects and receive early allocations by staking their $CODI. $CODI, an SPL-based digital token, is the native token serving as a governance token for the ecosystem. Currently, CODI tokens can be purchased on Raydium, a P2P leading decentralized exchange on the Solana blockchain. The token was also recently added to Coingecko, allowing CODI Finance community members to track the daily price action and other financial data. Note, CODI Finance is working on increasing the availability of $CODI in the cryptocurrency market.