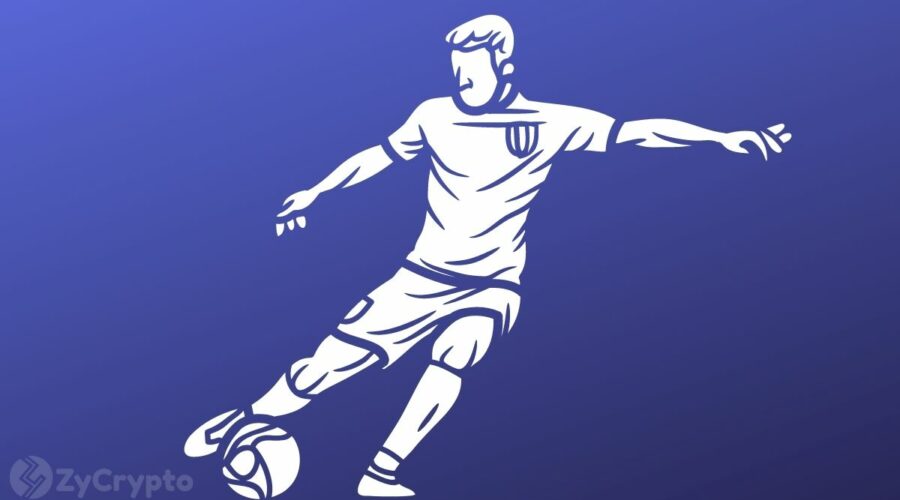 Chelsea football club has inked a deal with a crypto startup – WhaleFin – for a shirt-sleeve sponsorship. The London club has been the subject of numerous financial and commercial sanctions owing to their Russian oligarch owner, Roman Abramovich. The news came from sports broadcaster, Sky Sports, who reported that the deal will be worth $20 Million and will see Chelsea players don the “WhaleFin” logo on their jersey sleeves.

WhaleFin, which is owned by the Amber Group of Singapore, has been making moves in the football world. It had previously signed a €40 million sponsorship deal with Athletico Madrid for the placement of its logo on the team’s shirts. The startup is known for trading and lending cryptocurrencies and will rely on Chelsea’s global fandom to expand its audience and market. It will replace Hyundai who has been advertising on the football club’s shirt sleeves. The Blues are also said to be looking for a new main sponsor for their jerseys, with Three (3) UK having distanced themselves from the club amid the Abramovich saga.

The agreement between Chelsea and WhaleFin is remarkable for a variety of reasons, the most obvious being the harsh commercial limitations imposed on the club since exiting owner Roman Abramovich was sanctioned by the UK government in March. Chelsea FC is now operating under a special license and has been constrained in its day-to-day operations as a result of these sanctions. The club is unable to sell new products, and its funds have been frozen. The sanctions even compelled Abramovich to sell the club.

An investor group led by Todd Boehly, a US banker, won an auction to buy the football club, but the deal is still awaiting permission from the UK government. The identity of the new management is unknown, although it is expected to be determined after Todd Boehly is appointed Chelsea owner and assumes full control of the team. This should be completed by the end of the month, with the American and his consortium receiving government approval.

The deal will be Chelsea’s first move into cryptocurrency, and it comes only weeks after Liverpool was linked with a cryptocurrency agreement to replace Standard Chartered, the developing markets-focused bank, as its major shirt sponsor.

Despite not having been publicly unveiled, the deal is rumored to have been initiated in January when Abramovich was still well in charge of the club. It will become operational from next season when Chelsea’s new owners officially take charge.