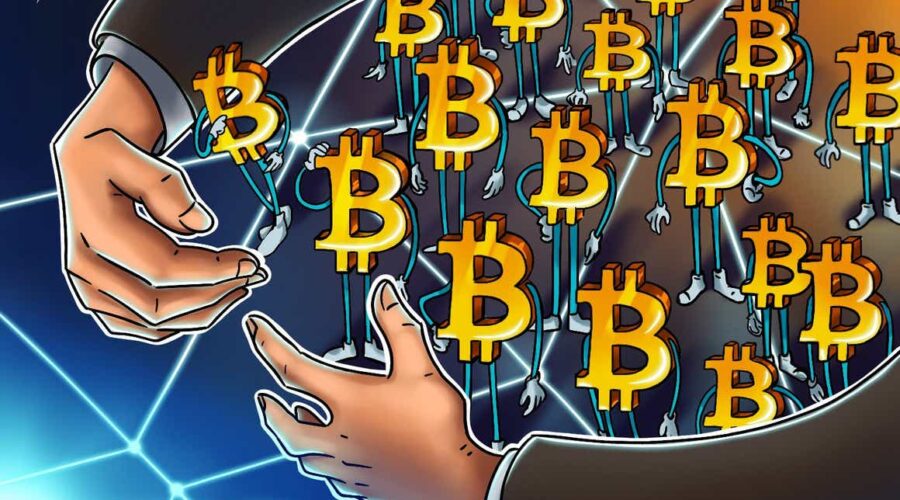 In a Monday announcement, Bitfarms said it purchased 1,000 Bitcoin (BTC) for $43.2 million in the first week of January, roughly the same amount the company added to its treasury in both the third and fourth quarters of 2021. According to the mining firm, it currently holds more than 4,300 BTC as of Jan. 10, roughly $177 million at a price of $41,183.

“Our guiding company strategy at Bitfarms is to accumulate the most Bitcoin for the lowest cost and in the fastest amount of time for the benefit of our shareholders,” said Bitfarms founder and CEO Emiliano Grodzki. “With the dip in BTC while mining hardware prices remain high, we seized the opportunity to move cash into BTC.”

In November, the mining firm announced its intention to build its first data center in the United States following the purchase of a land plot in Washington State. The company’s websites states Bitfarms has a total mining capacity of 106 MW at the time of publication producing 2.2 exahashes per second. According to Grodzki, it aims to raise this rate by more than 260% by the end of the year, to 8 EH/s.

While many in the media still cite the potential environmental impact of crypto mining, Bitfarms claims its facilities in Canada are powered almost entirely by hydroelectric energy. The firm currently has 10 mining farms in operation or under development in countries including the United States, Argentina and Canada.

According to data from Cointelegraph Markets Pro, the price of BTC fell under $40,000 earlier today for the first time since September before returning to more than $41,000.