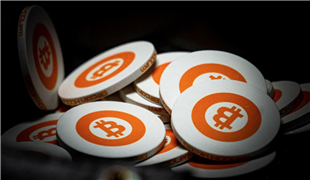 According to VentureFounder, a cryptocurrency analyst at CryptoQuant, Bitcoin could hit a cycle bottom between $14,000 and $21,000 in the near future. Whether this will happen remains to be seen as BTC continues to be traded above $29,500. If Bitcoin falls to $20,000, that would represent a 70% price correction from the all-time high registered in November 2021.

As per the analyst, we have 670 days until the next Bitcoin halving. Halvings are key moments for Bitcoin as these reduce the new issuance of Bitcoin by half. Right now, miners receive a reward of 6.25 BTC per block (+ transaction fees).

In 2024, the Bitcoin blockchain is expected to experience a new halving event that would reduce BTC rewards to miners to 3.125 BTC per block. Halving events are usually bullish for Bitcoin as the new issuance of BTC could not be enough to meet the new demand for Bitcoin.

This expert shows that after 670 days for the next halving, the market tends to crash (or capitulate). This happened in 2018 when the market crashed in December 2018 below $3,200 on some exchanges. Then, a bull market started that reached its top after the halving.

As he explains, there could be a period in which Bitcoin would be traded between $28,000 and $40,000 (mostly throughout 2023) and then get closer to $40,000 for the next halving event in 2024. Moreover, he wrote that buying Bitcoin from this point and during the next twelve months could be as good as it gets.

He also mentioned that it might be difficult to time cycle bottom. Indeed, he says that this might not even be the bottom of the current cycle. However, Venturefounder said that we are within the range of these market bottoms and that this is the best we can do when timing market cycles.

According to data shared by CoinGecko, Bitcoin is now being traded at around $29,800. This represents a 0.4% increase in the last 24 hours. Moreover, Bitcoin has also moved 2.5% higher in the last 7 days, reaching a market valuation of $568 billion at the time of writing.