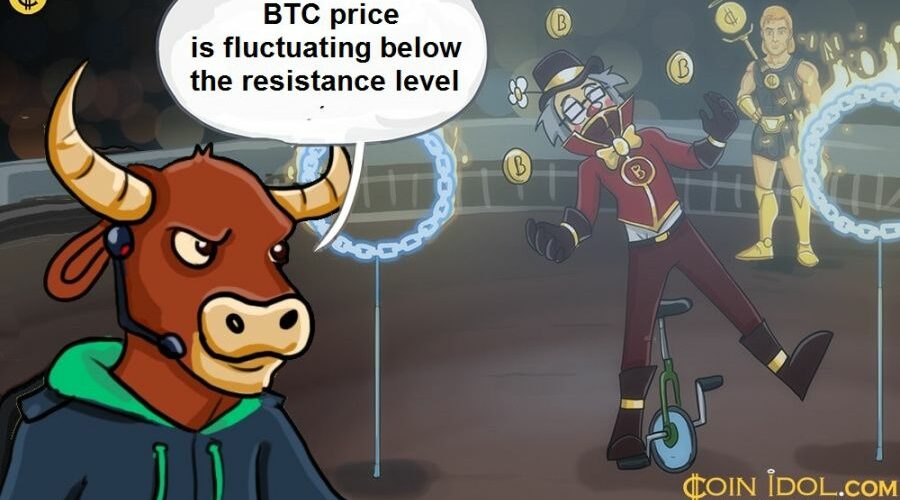 Bitcoin (BTC) price is fluctuating below the $17,000 level after failing to break the recent high.

In the last three days, the BTC price fluctuated below the resistance level. Moreover, it is widely known that consolidation near a resistance level increases the probability of a breakout. As the price continues to test the recent high, it is likely that the current bullish momentum will break it. If the current resistance is broken, Bitcoin will rise above the moving average lines. The bullish momentum will extend to the highs of $17,400 and $17,600. In the meantime, Bitcoin will be forced to trade between $16,000 and $17,000 until the next price action.

The current Relative Strength Index is at 46, and the current correction has brought Bitcoin dangerously close to the uptrend line. The price bars are below the moving average lines that are responsible for the current decline. The largest cryptocurrency is in a downtrend and has fallen below the daily stochastic level of 80. As the BTC price resumes its uptrend, the bearish momentum has subsided. 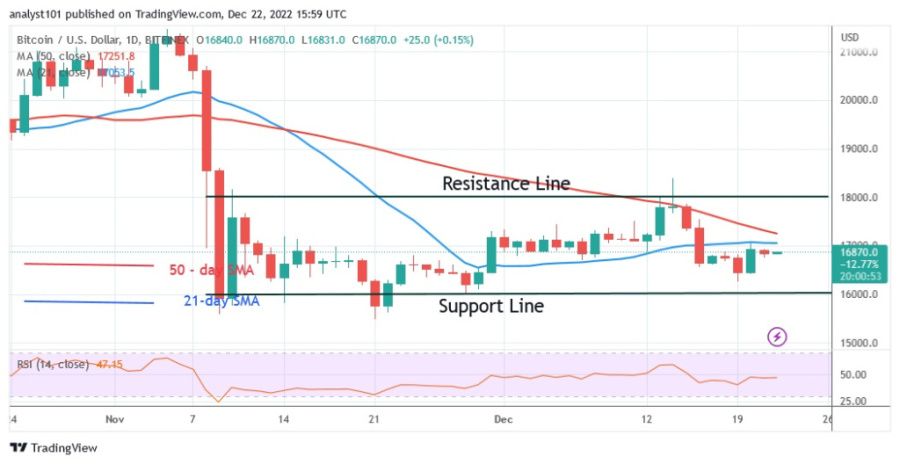 What is the next direction for BTC/USD?

Bitcoin (BTC) has risen above the $16,400 support level and has broken above the 21-day simple moving average (SMA). The bullish momentum is likely to continue until the resistance at $17,000 or the 50-day line SMA is broken. The candlestick tested the 61.8% Fibonacci retracement line of the downtrend from December 20. BTC is expected to rise to the 1.618 Fibonacci extension or $17,433.60 as a result of the correction. 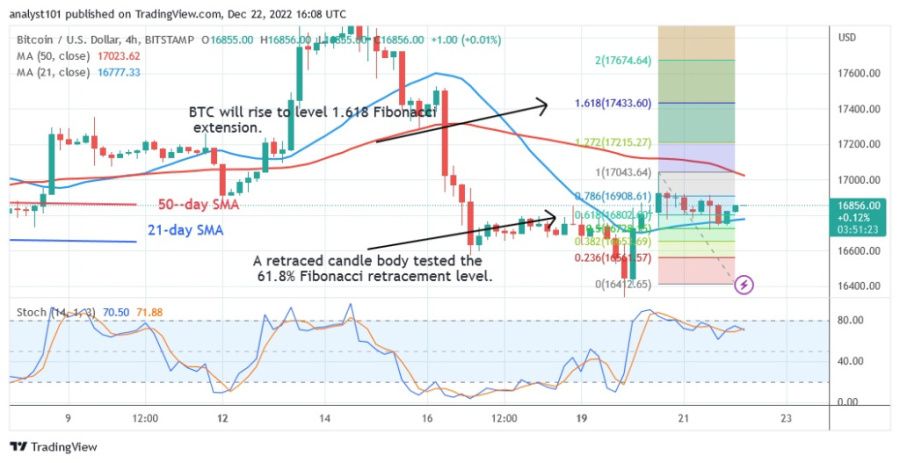 Disclaimer. This analysis and forecast are the personal opinions of the author and are not a recommendation to buy or sell cryptocurrency and should not be viewed as an endorsement by CoinIdol. Readers should do their research before investing in funds.

22/12/2022 Crypto Comments Off on Bitcoin Consolidates Below $17,000 And Prepares For A Possible Breakout
Markets