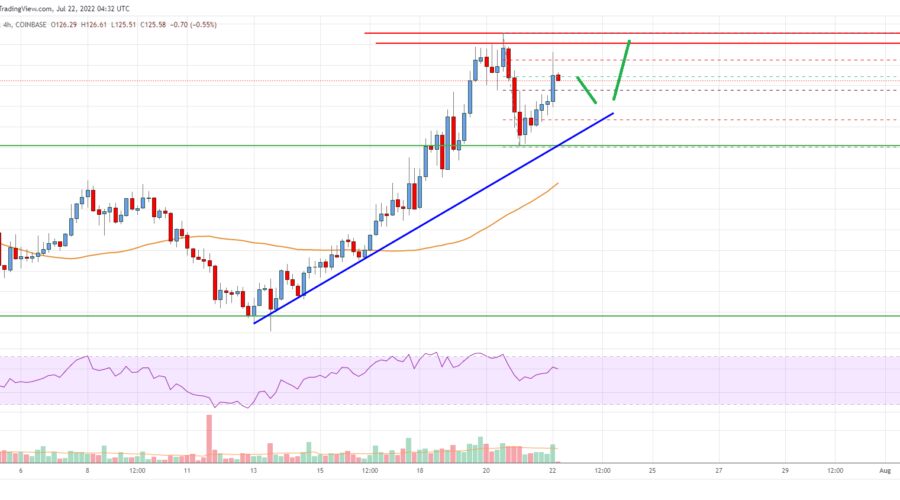 Bitcoin cash price is recovering above $115 against the US Dollar, similar to bitcoin. BCH/USD could start a fresh surge if it clears the $130 level.

Bitcoin cash price formed a decent support base above the $100 level. BCH started a recovery wave and was able to clear the $105 resistance zone.

However, BCH remained bid above the $118 level. There is also a key bullish trend line forming with support near $120 on the 4-hours chart of the BCH/USD pair. The price is back above the $122 level. There was a move above the 50% Fib retracement level of the recent decline from the $132 swing high to $117 low.

An immediate support on the downside is near the $122 zone. The next major support is near the $118 level, below which the bears might aim $110. The next target for them may perhaps be near the $100 level.

Looking at the chart, bitcoin cash price is now trading above the $115 zone and the 55 simple moving average (4-hours). Overall, the price must clear $128 and $130 to continue higher in the near term.

4 hours MACD – The MACD for BCH/USD is slowly gaining pace in the bullish zone.

4 hours RSI (Relative Strength Index) – The RSI for BCH/USD is well above the 50 level.