Bitcoin (BTC) has rallied above $13,000 for the first time since July, and only the third time since the all-time high bull run of late-2017.

The move follows the long sustained period of five-figure price action, with BTC having spent nearly the entirety of the past 12 weeks trading above $10,000. 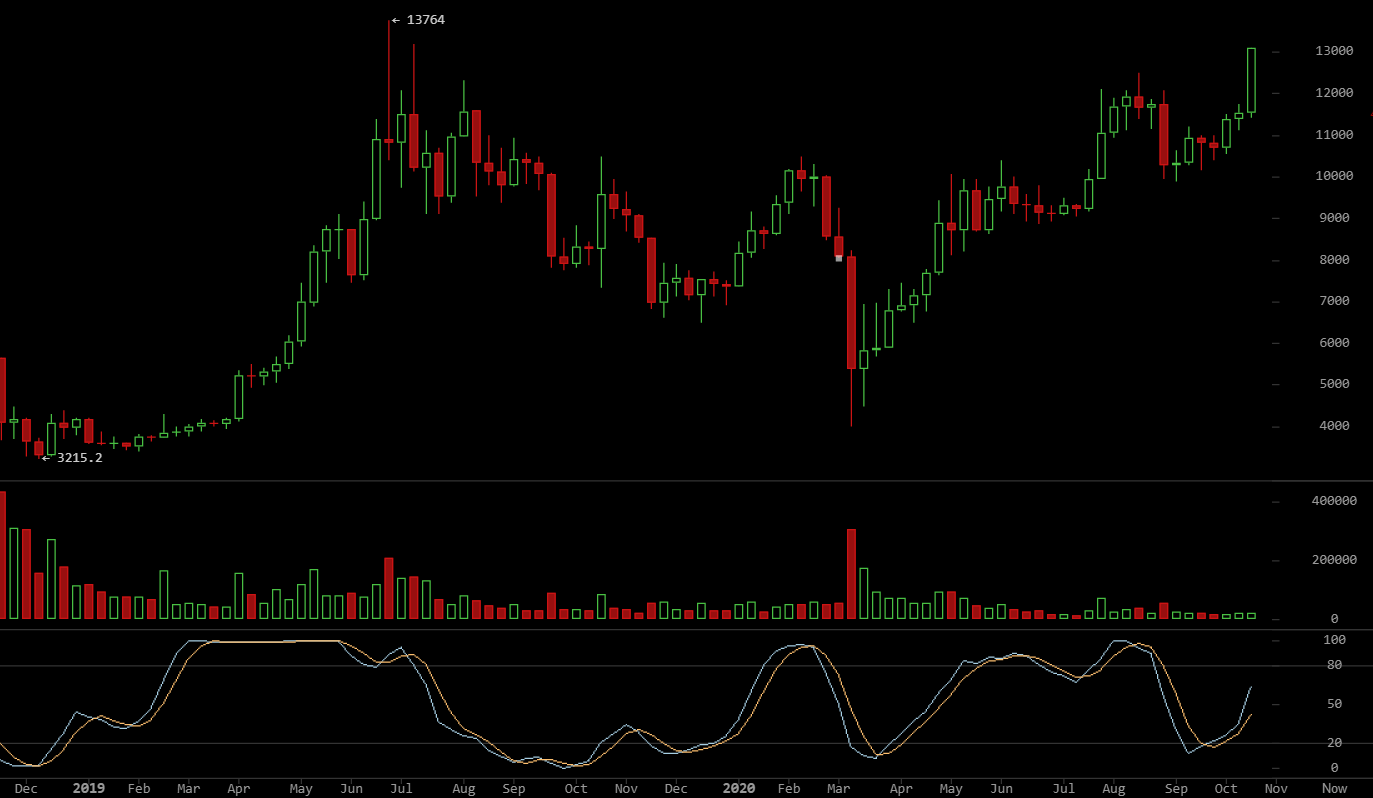 The spike was triggered by news that the global payments giant PayPal is launching support for Bitcoin, in addition to Ethereum (ETH), Litecoin (LTC), and Bitcoin Cash (BCH).

While Ethereum has rallied alongside Bitcoin, ETH has failed to maintain its strength relative to Bitcoin since rallying into the low-mid $400s amid the decentralized finance boom in August. Ether is currently testing resistance at $400.

In response to the news from PayPal, Alex Mashinsky, CEO of crypto lending platform Celsius, said:

“This is definitely a bullish sign for Bitcoin and other cryptocurrencies. Crypto is all about trust, and PayPal has a very high level of trust with its users […] If the UI/UX of the service is done right, we will see millions of new users join each month.”