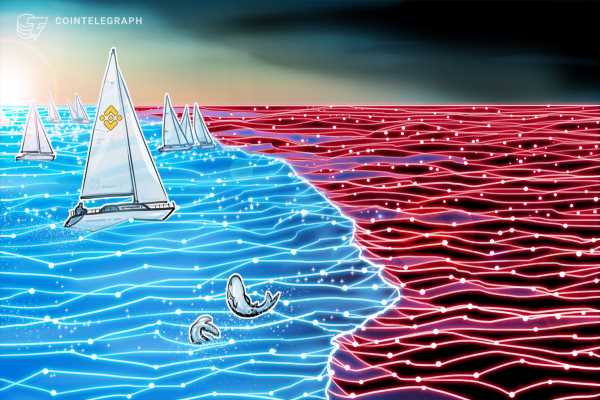 Binance has become one of the first crypto firms to join the Association of Certified Sanctions Specialists, orACSS, in an effort to stay in compliance with global sanctions.

In a Jan. 6 announcement, Binance said its team of sanctions compliance personnel would be undergoing training as part of the certification process at ACSS. According to the association’s website, the group offered an examination addressing “knowledge and skills common to all sanctions professionals in varied employment settings.”

“The blockchain industry is still in its early years, and it’s our priority to continue upholding the highest level of compliance amid a fast-evolving space,” said Binance’s global head of sanctions, Chagri Poyraz. “At the end of the day, we want to continue setting the industry standard for security and compliance alongside other industry players.”

Poyraz told Cointelegraph in October that the exchange was in compliance with multilateral sanctions on Russia following the country’s invasion of Ukraine but saw “room for improvement when it comes to clarity” in European Union guidelines on crypto. Reports have also suggested Binance may have allowed Iran-based users access to certain services in violation of United States sanctions, prompting scrutiny from officials.

According to Binance, the ACSS training will educate the exchange’s team on guidelines from the U.S. Treasury’s Office of Foreign Assets Control and inform them of potential risks of violations. The exchange is one of the largest in the crypto space and, according to its website, is available in more than 100 countries with different regulatory and licensing requirements.

Related: The world has synchronized on Russian crypto sanctions

Binance also joined the crypto lobbying group Chamber of Digital Commerce in December as part of efforts to advocate for regulatory clarity in the United States. However, some global policymakers have reportedly targeted the exchange for potential violations of Anti-Money Laundering laws and sanctions.