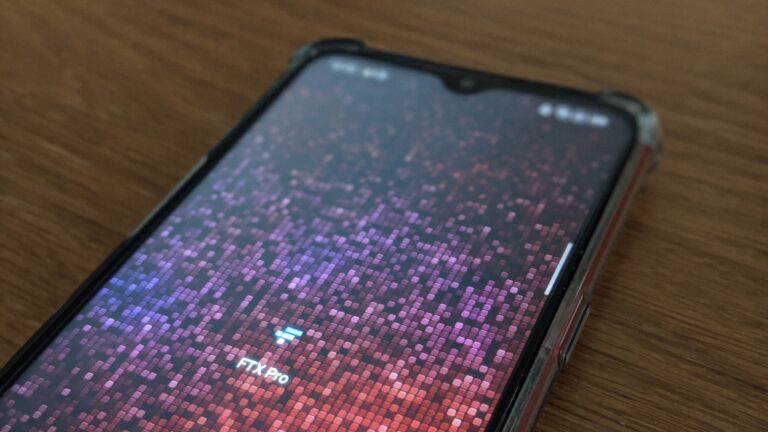 On Tuesday (15 November 2022), Charlie Munger, the billionaire vice chairman of Berkshire Hathaway, the conglomerate controlled by Warren Buffett, shared his latest thoughts on crypto in the wake of the collapse of the FTX empire.

Munger — who is also chairman of Daily Journal Corporation and a director of Costco Wholesale Corporation — made his comments during a Zoom interview earlier today with Becky Quick, co-anchor of CNBC’s “Squawk Box”.

When told that prestigious venture firms such as Sequoia Capital had invested in FTX, Munger said:

“It pains me that in my own country I see people that were once regarded as very reputable people helping these things exist… This is a very, very bad thing. The country did not need a currency that’s good for kidnappers and so on.”

Quick then asked why Munger who so many big names could have fallen prey to the people running FTX.

“There are people who think they just gotta be on every deal that’s hot… If it’s hot, they want to be in on it. I think that’s totally crazy. Reputation is very helpful in financial life and to destroy your reputation by associating with scumball and their scumball promotions is a huge mistake…

“I think they actually mean well, though you’re seeing a lot of delusion. It’s partly fraud and partly delusion. That’s a bad combination. I don’t like either fraud or delusion, and the delusion may be more extreme than the fraud.“

Back on 16 February 2022, Munger talked about inflation, crypto, and various other investment-related topics during an interview with Yahoo Finance Editor-in-Chief Andy Serwer.

“It’s an ideal currency if you want to commit extortion, or kidnapping, or have a protection racket or something, Why should a civilized government want an ideal untraceable technology to come into the payment system, run by a bunch of people who want to get rich quick for doing very little for civilization? Of course, I hate it. I don’t think it’s good that our country is going crazy over Bitcoin and its ilk. I think the Communist Chinese were wiser than we were — they just banned it.“

Over the past few years, Munger has been a harsh critic of Bitcoin.

For example, as CNBC reported in December 2017, on 30 November 2017, at an event held by University of Michigan’s Ross School of Business, where Munger was a guest, when asked about his views on cryptocurrencies, he called Bitcoin “a total insanity”:

“I think it is perfectly asinine to even pause to think about them… It’s bad people, crazy bubble, bad idea, luring people into the concept of easy wealth without much insight or work. That’s the last thing on Earth you should think about … There’s just a whole lot of things that aren’t going to work for you. Figure out what they are and avoid them like the plague. And one of them is bitcoin. … It is total insanity.“

Then, on 10 Jan 2018, in a phone interview with CNBC’s “Squawk Box”, he referred to Bitcoin and other cryptocurrencies as “bubbles.”

Roughly a month later, on Valentine’s Day, at a question-and-answer session at the Daily Journal’s 2018 annual shareholders meeting, once again, Munger had no love for Bitcoin, calling it a “noxious poison.”

On 28 April 2018, Munger was again bashing Bitcoin and other cryptocurrencies, saying — during an interview with Yahoo Finance — that those buying them were speculating rather than investing:

““f you buy something like a farm, an apartment house, or an interest in a business… You can do that on a private basis… And it’s a perfectly satisfactory investment. You look at the investment itself to deliver the return to you. Now, if you buy something like bitcoin or some cryptocurrency, you don’t really have anything that has produced anything. You’re just hoping the next guy pays more.“

On 5 May 2018, at Berskhire Hathaway’s 2018 annual shareholder’s meeting, the place where his boss called Bitcoin “rat poison squared”, this is what Munger said about trading cryptocurrencies:

“It’s just dementia… And I think the people who are professional traders that go into trading cryptocurrencies, it’s just disgusting. It’s like somebody else is trading turds and you decide, ‘I can’t be left out.‘”

The following day, during an interview with Yahoo Finance , Munger had this to say about Bitcoin:

“The computer science behind Bitcoin is a great triumph of the human mind, that’s what’s captivated all these people. They’ve created a product that’s hard to create more of but not impossible … Now that is very peculiar, but they’ve managed to do it. So, a lot of the computer science people love it just because it is such an extreme achievement of computer science.

“I, of course, have no interest in that because it is not my subject. And I see an artificial speculative medium, where people are buying just because they think they can sell to somebody else at a higher price even though it inherently has no intrinsic value. And so I regard the whole business as anti-social, stupid, immoral.“

In February 2021, at Daily Journal’s 2021 annual meeting, Yahoo Finance correspondent Julia La Roche presented questions from Daily Journal shareholders to Munger, and a couple of these were about Bitcoin.

The first question was: “What is the biggest competitive threat to US banks like Bank of America and US Bank, both equity holdings of the Daily Journal Corporation over the long term? Is it digital wallets like PayPal, Square, or Apple Pay? Is it Bitcoin? Decentralized Finance or something else?“

“Well, I don’t think I know exactly what the future of banking is and I don’t think I know how the payment system will evolve. I do think that a properly run bank is a great contributor to civilization and that the central banks of the world like controlling their own banking system and their own money supplies.

“Bitcoin reminds me of what Oscar Wilde said about fox hunting. He said it was the pursuit of the uneatable by the unspeakable.“

Another question was: “Has your opinion on cryptocurrencies remained the same and would the Daily Journal consider Bitcoin or any other cryptocurrency as an asset on the balance sheet similar to what Tesla recently did?”

“We will not be following Tesla and the Bitcoin.“