What market forces are moving you at this moment?

Banks must look in every direction at once to stay ahead, as interacting pressures push and pull at profitability. Some change agents that guide trading and investment decisions are right out in the open: government fiscal and monetary policy, international transaction activity, speculation, and supply and demand are overt influencers converging daily.

There is an equally powerful force at play in fintech – network effects. Network effects are generated when the value received from goods and services increase as adoption increases. For example, Facebook has become more valuable to users – and advertisers seeking to reach them – as more people that users know have joined. 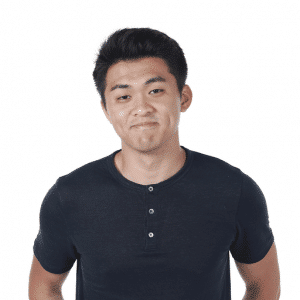 Network effects generate value, but they can also become a stranglehold that inhibits innovation and encourages inertia. Global clearing and settlement is a perfect illustration: SWIFT, the financial messaging network, has been labeled “the ultimate example of the network effect.” SWIFT has grown into the world’s largest international interbank clearing system since being founded in 1973, and it now services over 11,000 financial institutions in 200+ countries for cross-border payments.

SWIFT’s network breadth is indisputable. It’s effectiveness, however, is very much in question today because its structure is seen as too slow, too complex, and too costly. Its role in days-long settlement cycles has pulled SWIFT and its member banks out of step with modern-day expectations of instantaneous global payments and remittances.

The gravitational pull of SWIFT, the world’s leading backbone of international remittances, CHIPS, and myriad other legacy settlement systems are strong. Their value lies in near-universal adoption across the ecosystem. However, banks must recognize when a network effect is stifling valuable innovation. Forcing a change within an organization is hard work. However, opting out of an old, inefficient system isn’t as hard when a better alternative is ready to be implemented.

Blockchain technology is the next-generation solution for clearing and settlement. It has the proven ability to execute peer-to-peer, direct value transfer between parties for traditional assets like fiat currency, securities, and commodities, making blockchain technology ideally situated to reinvent global settlement. It evolves the financial account paradigm into a digital token paradigm, taking traditional assets like fiat currency, securities, and commodities a giant step further by digitizing them to virtually “mirror” any asset as proof of ownership. The result is instantaneous value transfer between parties with total transparency.

It’s easy to see how the network effects of an international settlement system built on blockchain technology could ramp up quickly, with so many benefits available to all transaction participants. However, banks must actively desire better outcomes for increasing profitability and gathering data before they can break away and boldly go first to build up a new network.

Serial entrepreneur and network effects evangelist James Currier notes the crucial first step is a psychological shift that’s essential for shifting course. “Since networks so powerfully shape who we are and what we do, the best way to change ourselves is to change our networks…the smartest use of energy for those of us looking to make a change can often be to carefully reassess the networks we’re a part of, and find ways to join new ones that are better suited to the life path we want to be on.”

Getting to the Next Network Effect

Being ahead of the tech curve in banking often calls for a pioneering attitude, no easy leap when the relative safety and comfort of the status quo beckons. However, clearing and settlement can’t move forward without the innovators who cross the chasm first. The early adopters who initiate banking’s next network effect will usher in a welcome new era: the blockchain-powered, instant global settlement network.

These innovative structures are just starting to accept their first banks, central banks, and other ecosystem partners as network nodes. Myriad benefits await early network members, who stand to gain competitive advantages starting with offering fees that could be up to 80% lower than the current $25-35 average for international remittances. They could also experience faster international clearing and settlement in seconds instead of days, and the ability to transfer more asset types including digital currencies, fiat, and securities. Additional advantages include greater transparency via an implicit audit trail, better security, expansive data sets, and more reliable operations.

These upgrades will fuel further gains. Once they start to experience faster and less expensive cross-border settlement, institutional clients and retail customers will stick with the banks that first offered these advanced services. Human nature dictates that these satisfied customers will spread the word.

Evolution doesn’t spring from technology alone. In an industry like banking, where legacy systems can be a very hard habit to break, improvement requires a movement. Put the network effect to work in your favor: the time to break from the crowd is now.