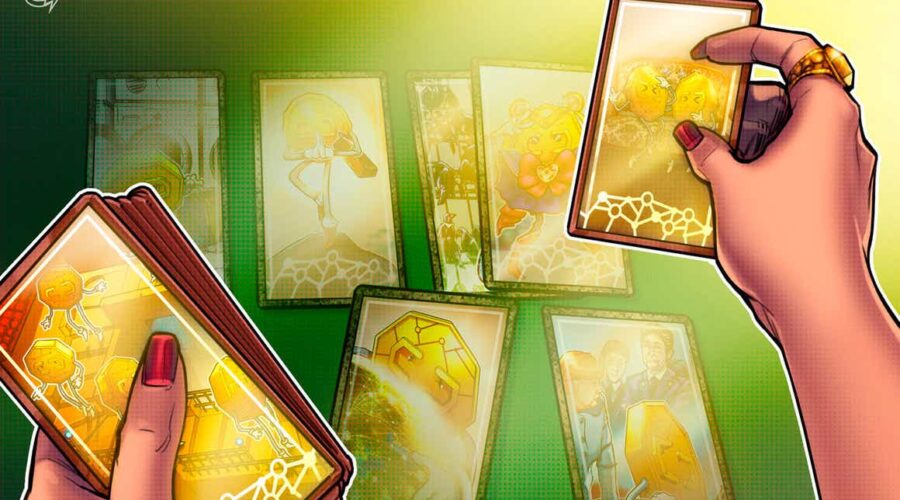 Blockchain data research firm Arcane Research has taken a look at the year that was in its final report for 2021 and offered its predictions for crypto markets going into 2022.

Arcane’s Dec. 28 The Weekly Update report focuses on Bitcoin (BTC) and Ethereum (ETH) but delves into other major coins, decentralized finance (DeFi), meme coins, nonfungible tokens (NFT), derivatives, and others. Arcane offered a prediction for what would happen in 2022 on every topic covered in the report.

The report noted that through 2021, Bitcoin has outperformed the S&P 500 index. Bitcoin is up 73% while the S&P 500 is up 28% this year, and Arcane believes Bitcoin will continue this performance next year. The benchmark S&P 500 index consists of the 500 biggest companies listed on American stock exchanges.

“XRP and Cardano will fall out of the top 10”

Arcane noted the tremendous gains on Binance Coin (BNB) this year, peaking at about 1600% in May and rounding out the year up 1344%. Based on this and the growth in market cap from alts like Solana and Terra, along with the NFT craze, the analysts are tipping Ripple (XRP) and Cardano (ADA) will exit the top-10 list.

This year in crypto can be defined in no small part by the massive sales of NFTs, and blockchain games like Splinterlands and Alien Worlds have around 526,000 daily active users according to DappRadar. Arcane predicts that in 2022, traditional gaming brands will branch into the NFT space and capitalize on the burgeoning market.

Even more crypto companies will go public and several will have valuations above $5B.

This year saw Coinbase go public on April 14th and it currently has a market cap of $72 billion. The five biggest crypto company public listings slated for 2022 are all currently valued over $1 billion. Arcane believes there will be a numbe others valued higher than $5 billion like crypto exchange Bullish, which is currently valued at $9 billion.

Several Bitcoin futures exchange-traded funds (ETF) were launched in 2021. They currently collectively hold about 846,309 BTC and Arcane says the growth will only continue in 2022. 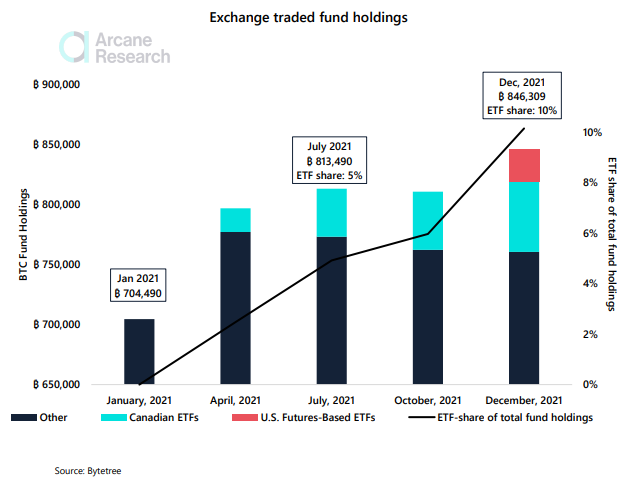