Adyen, a global payments platform, announced on Wednesday that it has promoted Alexander Matthey to CTO and to join its Management Board.

A press release from Adyen announced that Alexander Matthey, EVP Technology, will be named as the new CTO and will replace Arnout Schuijff, co-founder and existing CTO, from 1st January 2021. Although, the position on the Management Board is awaiting approval from existing shareholders and the regulatory approval of the Dutch Central Bank.

Prior to the announcement, Matthey came to Adyen, a provider of end-to-end infrastructure connecting directly to Visa, Mastercard and other global preferred payment methods, back in early 2015 when he fulfilled the role of VP Integrations in Berlin. He successfully held this position for four years, according to his LinkedIn profile.

Following that in January 2019, he was elevated to the rank of EVP Technology where he served on Adyen extended management board for almost two years. 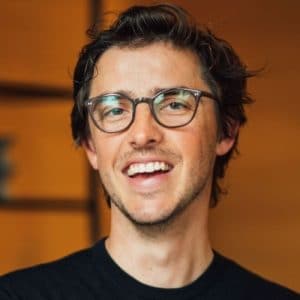 Before Adyen, Matthey returned to GlossyBox – Beauty Trend Holding GmbH to serve as Vice President in Berlin for more than two and a half years. He led his team effectively, dealing with developmental challenges, product manager and dev ops.

Earlier on in his career, Matthey was employed as a PHP Developer at Freiberufler. There he spent close to four years working on software conception and development in various projects.

He also was a Senior PHP Developer at GlossyBox in late 2011 for a short time developing Magento backend dev.

“Alexander joined us and then earned his stripes in the area where business and technology meet,” says Pieter van der Does, Adyen’s co-founder and CEO.

“He brings very broad experience and has been a vital part of some of the company’s most crucial projects over the past few years – including the building of Adyen for Platforms.”

Alexander Matthey said: “I’m looking forward to continuing to build out our technology strategy with the great team that we have in place.”