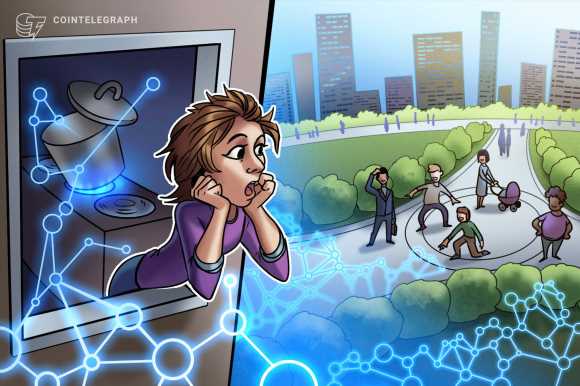 According to Deloitte’s 2021 Global Blockchain Survey, 81% of the financial services industry (FSI) executives believe that blockchain technology is “broadly scalable” and has achieved mainstream adoption.

Released last Friday, the report queried 1,280 FSI professionals based in Brazil, China, Germany, Hong Kong, Japan, Singapore, South Africa, the United Arab Emirates, the United Kingdom and the United States. The survey covered general FSI cohort respondents who had “at least a general understanding” of blockchain and cryptocurrencies, as well as “FSI Pioneers,” or those respondents who have already deployed blockchain tools into their business or production.

Some 73% of survey respondents expressed concerns that their firm would lose an opportunity for competitive advantage if they do not adopt blockchain or digital assets. Among the FSI Pioneers subset, as many as 97% of respondents indicated that blockchain applications are crucial for their business to stay competitive. 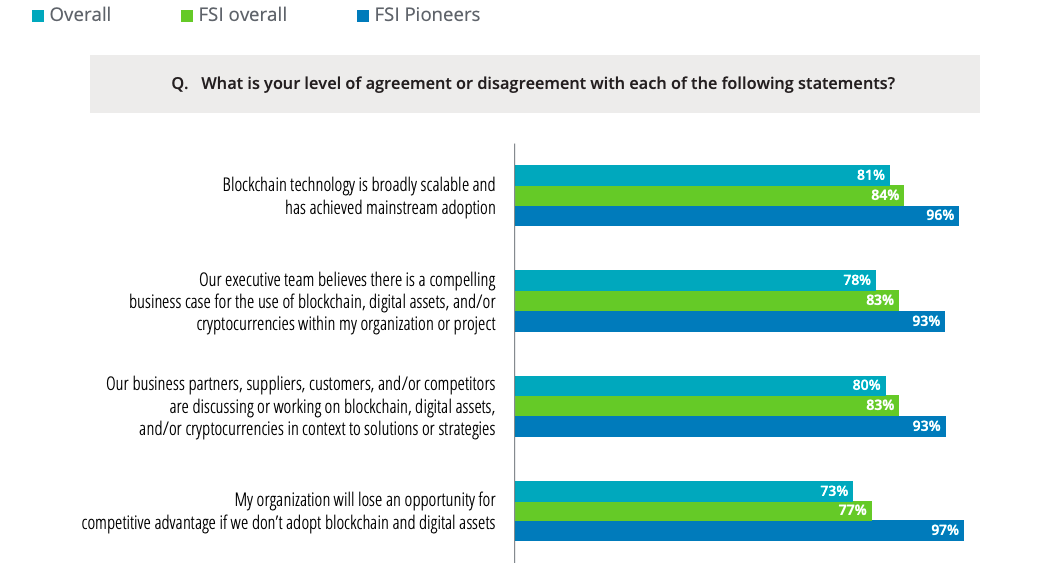 Despite the survey pinpointing the FSI’s bullish stance on blockchain and digital assets, 71% of survey respondents indicated that cybersecurity is the greatest barrier to wider digital asset adoption. Among the FSI Pioneers, 73% of respondents specified regulatory barriers as the principal obstacle hindering crypto adoption. Among overall respondents, 65% described the existing legacy financial infrastructure as the greatest impediment to mainstream blockchain adoption.

Related: Bitcoin security still a concern for some institutional investors

“In the last year, we’ve seen a significant shift in how the global financial ecosystem is thinking about new business models fueled by digital assets, and how this is playing a meaningful role in financial infrastructure,” Deloitte Consulting principal Linda Pawczuk said. The survey showed that the foundation of banking has been “fundamentally outlived,” she added.

According to Deloitte’s last year’s Global Blockchain Survey, nearly 40% of respondents from ​​major global technology companies had blockchain in production, with almost 90% believing that blockchain would become more important in the next three years.