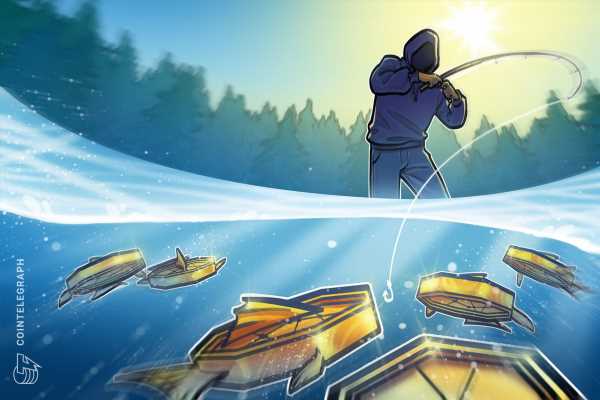 One of the phishing strategies makes use of bookmark managers, a feature in most modern browsers.

SlowMist said scammers have been exploiting these to ultimately gain access to a project owner’s Discord account.

“By inserting JavaScript code into bookmarks through these phishing pages, attackers can potentially gain access to a Discord user’s information and take over the permissions of a project owner’s account,” the firm wrote.

After guiding victims to add the malicious bookmark through a phishing page, the scammer waits until the victim clicks on the bookmark while logged into Discord, which triggers the implanted JavaScript code and sends the victim’s personal information to the scammer’s Discord channel.

During this process, the scammer can steal a victim’s Discord Token (encryption of a Discord username and password) and thus gain access to their account, which allows them to post fake messages and links to more phishing scams posing as the victim.

Out of 56 major NFT security breaches, 22 of those were the result of phishing attacks, according to SlowMist.

One of the more popular methods used by scammers tricks victims into signing over NFTs for practically nothing through a phony sales order.

Once the victim signs the order, the scammer can then purchase the user’s NFTs through a marketplace at a price determined by them.

“Unfortunately, it’s not possible to deauthorize a stolen signature through sites like Revoke,” SlowMistwrote.

“However, you can deauthorize any previous pending orders that you had set up, which can help mitigate the risk of phishing attacks and prevent the attacker from using your signature.”

According to SlowMist, this type of attack usually occurs through private messages on Discord where the attacker invites victims to participate in testing a new project, then sends a program in the form of a compressed file that contains an executable file of about 800 MB.

After downloading the program, it will scan for files containing key phrases like “wallet” and upload them to the attacker’s server.

“The latest version of RedLine Stealer also has the ability to steal cryptocurrency, scanning for installed digital currency wallet information on the local computer and uploading it to a remote control machine,” said SlowMist.

“In addition to stealing cryptocurrency, RedLine Stealer can also upload and download files, execute commands, and send back periodic information about the infected computer.”

This phishing attack allows scammers to use your private key to sign any transaction they choose. After connecting your wallet to a scam site, a signature application box may pop up with a red warning from MetaMask.

After signing, attackers gain access to your signature, allowing them to can construct any data and ask you to sign it through eth_sign.

“This type of phishing can be very confusing, especially when it comes to authorization,” said the firm.

For this scam, attackers airdrop small amounts of tokens, such as .01 USDT or 0.001 USDT to victims often with a similar address, except for the last few digits in the hopes of tricking users into accidentally copying the wrong address in their transfer history.

The rest of the 2022 report covered other blockchain security incidents in the year, including contract vulnerabilities and private key leakage.

There were roughly 92 attacks using contract vulnerabilities in the year, totaling nearly $1.1 billion in losses because of flaws in smart contract design and hacked programs.

Private key theft on the other hand accounted for roughly 6.6% of attacks and saw at least $762 million in losses, the most prominent examples being the Ronin bridge and Harmony’s Horizon Bridge hacks.