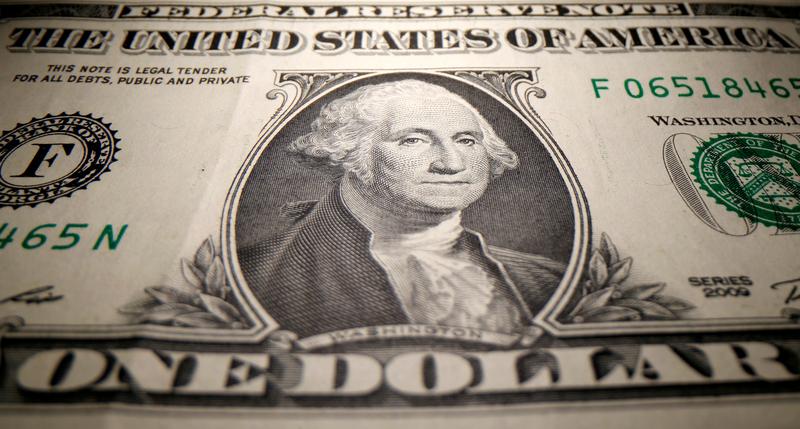 LONDON (Reuters) – The Australian dollar fell to a seven-month low and the yen was on track to post its biggest daily rise this year as investors shunned risky assets after minutes of the U.S. Federal Reserve’s June policy meeting confirmed it was moving towards tapering its asset purchases as soon as this year.

A weakness in mega cap U.S. technology stocks after the release of the Fed minutes widened to a broader selloff in Asian stocks and renewed demand for the safe-haven appeal of government debt and safe-haven currencies.

“The risk off theme is clear across all markets, especially in currencies where those with the strongest risk DNAs including the Aussie, Canadian dollar and the Kiwi,” said John Marley, CEO of forexxtra, a London-based FX consultancy.

“This feels very much as though this is a washout of positions which could have some real potential in a market which has already felt very thin this week,” he said.

The dollar index =USD, which measures the greenback against six rivals, was slightly weaker at 92.588 from Wednesday, when it touched 92.844 for the first time since April 5.

A Reuters poll expect the Fed to announce a strategy in August or September for tapering its asset purchases. While most predict the first cut to its bond-buying program will begin early next year, about a third of respondents forecast it will happen in the final quarter of this year.

The euro was one of the rare currencies to stand its ground against a broadly sturdy dollar with the single unit up 0.2% at $1.1813 before a news conference by the European Central Bank.

ECB President Christine Lagarde will hold a news conference after the monetary authority announces the outcome of an 18-month strategy review, which is likely to include a shift in the inflation target to 2% from “below but close to 2%” currently – which would theoretically allow for inflation overshoots.

“For the euro, it potentially removes a source of support but in practice the ECB was unlikely to be tightening policy soon anyway and therefore the impact is probably largely at the margin,” said Stuart Cole, head macro economist at Equiti Capital in London.