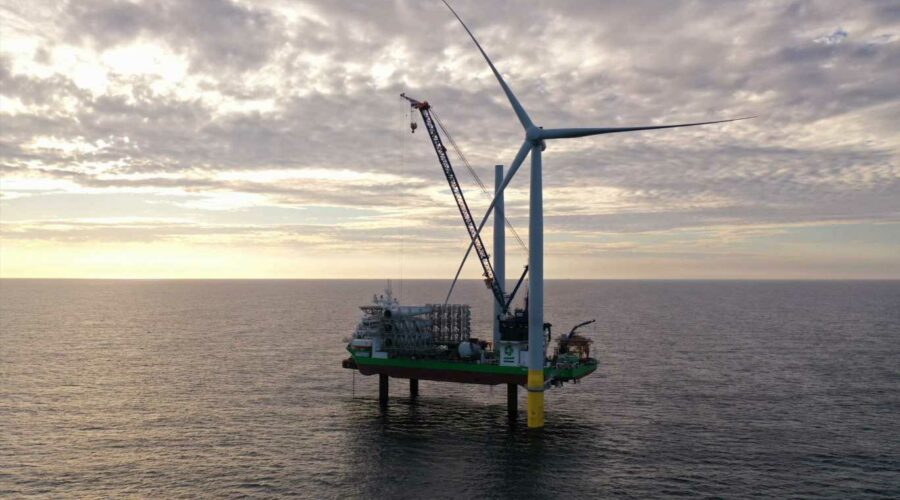 The Hornsea 2 offshore wind farm has produced its first power, Danish energy firm Orsted has said, with the announcement representing a significant milestone in the facility's development.

Situated in waters around 89 kilometers off the U.K.'s east coast, the scale of Hornsea 2 is considerable. Spread across an area of 462 km², it will use 165 turbines from Siemens Gamesa and boast a capacity of more than 1.3 gigawatts. The company says it will power "well over" 1.3 million homes when finished.

The project generated its first power late on Saturday night. According to Orsted, Hornsea 2 will assume the title of "world's largest operating offshore wind farm" once fully operational in 2022. The firm has also described Hornsea 2 as the "world's biggest offshore wind farm."

That accolade, the company says, is currently held by Hornsea 1, the "sibling project" of Hornsea 2. "Together, the two projects will be capable of providing enough power for well over 2.3 million homes," Orsted said on Monday.

In a statement issued alongside the company's announcement, Patrick Harnett, senior programme director for Hornsea 2, said: "From here, we have the finishing line in sight as we install the remaining turbines and continue testing, commissioning, and energising our wind farm into the new year."

The U.K. is home to a mature offshore wind sector that looks set to expand in the coming years, with authorities targeting 40 GW of capacity by 2030. The European Union, which the U.K. left in January 2020, is targeting 300 GW of offshore wind by the middle of this century.

Across the Atlantic, the U.S. has some way to go to catch up with Europe. America's first offshore wind facility, the 30 megawatt Block Island Wind Farm in waters off Rhode Island, only started commercial operations in late 2016.

Change is coming, however, and in November ground was broken on a project dubbed the United States' "first commercial scale offshore wind farm."

Back in March, the Departments of Energy, Interior and Commerce said they wanted to roll out 30 gigawatts of offshore wind by the year 2030, a move it's hoped will generate thousands of jobs and unlock billions of dollars in investment.