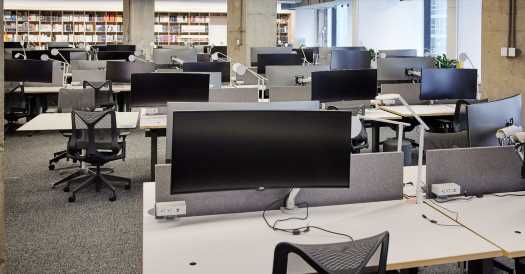 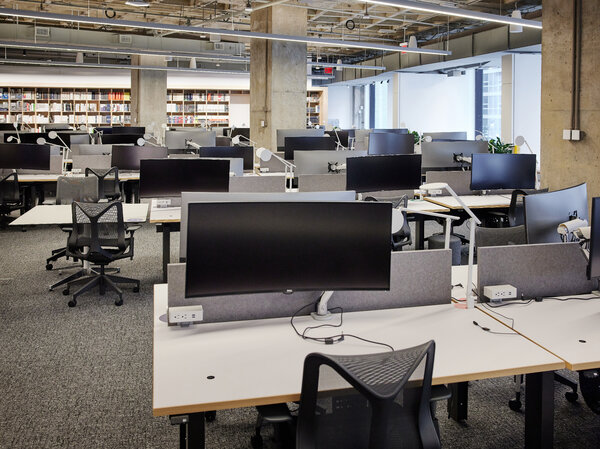 Companies including Apple, Amazon and Starbucks have rescheduled with similar frequency, and it’s becoming difficult to take new announcements about back-to-office plans seriously. American Airlines, Twitter, The Times and others have decided not to set a new date for reopening their offices.

These shifts, of course, reflect constantly changing circumstances during the pandemic. Before the latest surge of coronavirus cases, for example, few companies had announced vaccine mandates. But according to a survey released today, most companies now have plans to require that employees get vaccinated by the end of the year. Conducted by Willis Towers Watson, the survey polled nearly 1,000 companies that together employ almost 10 million people:

52 percent plan to have vaccine mandates by the end of the year (including 21 percent that already do).

Creating and putting these policies in place takes time. Companies may also be responding to their employees’ shifting expectations (and fears) about returning to the workplace. Another report released today, conducted by the Conference Board, surveyed 2,400 U.S. workers:

42 percent said they were worried about returning to work for fear of contracting Covid or exposing family members to the virus, up from 24 percent of respondents in a survey in June.

29 percent said they were unsure if they would remain at their current job for the next six months. Among those looking for jobs, 80 percent said that their employer’s stance on flexible work arrangements was very or moderately important in their decision to look elsewhere.

Looking ahead to after the pandemic, one of the things that workers can probably count on is less business travel, according to a survey out yesterday by Bloomberg of 45 large companies around the world:

84 percent of companies plan to spend less on travel after the pandemic, with a majority of those planning cuts of 20 to 40 percent of their prepandemic budgets. Put another way, all of those Zoom meetings aren’t going away.

Canadian National’s $30 billion bid to buy Kansas City Southern goes off the rails. A U.S. agency that approves freight mergers decided that it would not allow a voting trust, a legal entity that would make it easier to complete a merger of the railroad operators. Canadian National’s offer had trumped a $27 billion bid by Canadian Pacific, which may now be more appealing to Kansas City Southern.

Allbirds opens its books ahead of an I.P.O. The footwear company revealed its finances publicly for the first time as part of its planned market debut. Last valued around $1.7 billion, the trendy direct-to-consumer brand showed rising sales but persistent losses (which it expects to continue). Allbirds emphasized in the filing the environmental benefits of its wool sneakers, and said that it planned to expand retail locations rapidly.

South Korea sides with developers over Apple and Google. The country’s legislature became the first in the world to pass a law that would require app stores to let developers offer multiple payment systems for in-app purchases. Tech giants’ control over payments in their app stores is at the center of legal actions across the globe.

Hundreds of thousands of homes and businesses in Louisiana remain without power. Frustrations are growing in New Orleans and elsewhere that the local power provider Entergy didn’t do enough to protect its equipment from Hurricane Ida. In addition, Covid-related supply-chain troubles could delay the cleanup and reconstruction of the storm-hit region.

Howard Schultz wants to reignite America’s “entrepreneurial fire.” The founder and former C.E.O. of Starbucks is funding an education website, Backto.Biz, with hundreds of video lessons aimed at helping small businesses recover from the pandemic. Meanwhile, a number of small businesses that borrowed through the Paycheck Protection Program have found it harder than expected to get those loans forgiven, straining their finances.

The fee-free stock trading app Robinhood moved this week to dismiss a class-action lawsuit by retail traders, who say the company conspired against them during the January meme-stock frenzy. The plaintiffs partly blame payment for order flow, or P.F.O.F. — an arrangement where brokers route trades to market makers for a fee — saying it drove Robinhood to act against their interests.

Robinhood denied the claim and defended P.F.O.F., arguing that the “practice is longstanding and accepted by the S.E.C.” Others that rely on the arrangement have said similar things, but recent signals from the S.E.C. suggest that acceptance is not assured.

A ban on P.F.O.F. is now “on the table.” In a Barron’s interview on Monday, the S.E.C. chair Gary Gensler said that there was an “inherent conflict of interest” in the practice. Britain, Australia and Canada forbid the arrangement, and now the U.S. securities regulator may do the same, he said. Robinhood’s shares are down since Gensler’s comments, for reasons it warned about in its I.P.O. prospectus: “Any new regulation of, or any bans on, P.F.O.F.,” it said, “may result in reduced profitability, increased compliance costs and expanded potential for negative publicity.”

P.F.O.F. has been threatened before. In a 1993 speech, Richard Roberts, an S.E.C. commissioner at the time, stopped short of agreeing with critics who called it “commercial bribery” but noted that investors invariably found it “unsavory.” Given the potential conflicts of interest, Roberts was “uninterested in defending” the practice.

Market dynamics have changed, with Robinhood attracting millions of first-time investors with commission-free trades made possible by P.F.O.F. This may justify new policies, said Marc Steinberg, a securities law professor at Southern Methodist University and a former enforcement lawyer at the S.E.C. He welcomes the commission’s scrutiny, calling it “refreshing.” Still, the old critiques are evidence that P.F.O.F. is entrenched, though Gensler’s latest comments may cast a shadow over Robinhood’s prospects — and perhaps its chances of dismissing the aggrieved investors’ claims in court.

“What’s going on with @HeidiHeitkamp & taxes now is an incredible story of how Washington works.”

— Jesse Eisinger, a Pulitzer Prize-winning journalist, highlighting in a Twitter thread how a former Democratic senator went from calling the step-up basis “one of the biggest scams” to lobbying for the tax loophole for the wealthy.

One of the biggest surprises about the pandemic economy has been how hot the stock market has been. The S&P 500 has more than doubled since it hit bottom in March 2020. That’s the fastest 100 percent gain in the index since World War II, The Times’s Matt Phillips reports.

And it happened despite coronavirus case surges, supply-chain shortages, geopolitical tensions and many other challenges. The market’s upside-down reaction to all of this bad news has Wall Street strategists and market watchers reaching for explanations. Here are three of the most plausible:

Interest rates are likely to stay low for a long time. Periods of strong economic growth and red-hot profits, as we are seeing now, usually lead to higher interest rates, which eventually cool the market. But with millions of people still out of work, the Fed has pledged to keep short-term interest rates low.

Government spending is good for stocks. Wall Street has long been wary when Washington opens its checkbook, fearing the implications of higher government debt. The trillions spent on pandemic relief, however, has not impeded the U.S.’s ability to borrow, nor the stock market’s ability to go up. Many believe that President Biden’s plan to spend trillions more on infrastructure and social programs could lead the market to march higher.

Stocks, actually, aren’t all that expensive. While stock prices have been going up, valuations — what investors are willing to pay for each dollar of earnings — have dropped, slightly. That’s because earnings growth, up more than 80 percent in the past quarter versus a year ago, is outpacing price rises. Back in mid-2020, the average stock in the S&P 500 was trading at 22 times its projected earnings. These days, it’s 21 times.

Some market watchers are skeptical that the bad-news-is-good-news market can continue. Mike Wilson, the chief U.S. equity strategist at Morgan Stanley, expects a “comeuppance” that could lead to the market falling 10 percent or more.

Intuit is reportedly in talks to buy Mailchimp, the email marketing firm, in a deal that could be worth more than $10 billion. (Bloomberg)

The floodgates have opened for private equity investment in professional sports. (Institutional Investor)

Lawyers for Ripple Labs filed a motion to compel the S.E.C. to reveal whether its employees have crypto holdings. (Yahoo Finance)

The F.T.C. estimates that scammers have defrauded Americans out of $545 million in Covid-related schemes. (CNBC)

Facebook will show fewer posts about politics and current events in the News Feed after negative user feedback. (Axios)

Social Security funds will now be depleted in 2033, a year earlier than previously projected, according to a new government report. (NYT)

Facebook has outsourced content moderation work to Accenture for more than $500 million a year, but some at the consulting firm wonder whether it’s worth it. (NYT)

The Chinese tech giant Didi is helping workers to establish their first union, as Beijing imposes rules about the exploitation of labor. (Bloomberg)

“In the Kitchens of the Rich, Things Are Not as They Seem.” (NYT)

We’re back at the toilet paper stockpiling stage of the pandemic. (WSJ)

In Marie Kondo’s new Netflix series, she has moved on from tidying homes to reorganizing workplaces. (WaPo)

01/09/2021 Business Comments Off on When Will Offices Be Full Again?
Markets