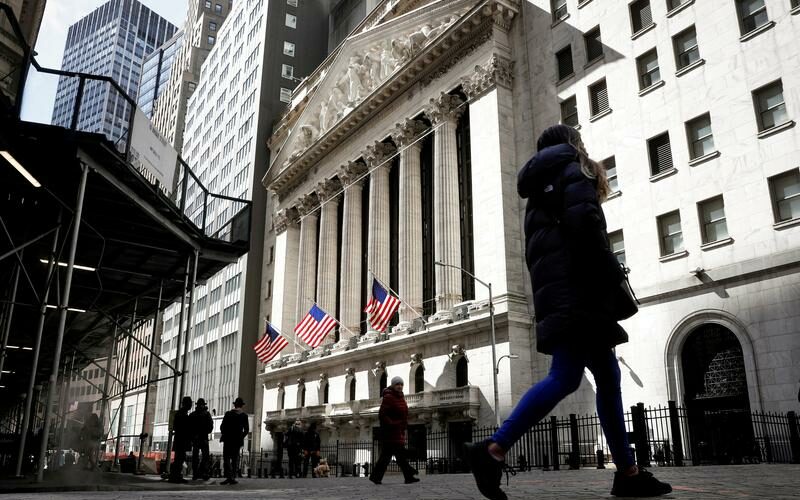 (Reuters) – U.S. stock indexes rose on Friday as shares of companies that benefit from economic restart including energy firms and banks rebounded after a selloff, helping erase some losses triggered by growth worries earlier in the week.

Ten of the 11 major S&P 500 sector indexes were higher, with a 1.6% rise in financials leading gains. Other economy-sensitive sectors such as industrials and materials also rose about 1.5% each.

Energy stocks advanced 1.0% but were still set to log a weekly decline of 5%.

Wall Street’s main indexes slid on Thursday, with the S&P 500 and the Nasdaq pulling back from record closing highs as investors flocked to bond markets on concerns that the domestic economic recovery was losing steam.

“The market was at a high point and it needed to pull back a little bit and it did yesterday,” said Peter Cardillo, chief market economist at Spartan Capital Securities in New York.

Focus will now shift to second-quarter earnings, with big banks reporting next week. Analysts expect earnings growth of 65.8% for companies in the S&P 500 index in the quarter, up from a previous forecast of 54% growth at the start of the period, according to Refinitiv IBES data.

“Once we enter earnings season, we will expect a sort of cushion for the market … it won’t just be a certain group of companies that are expected to report strong earnings, it will be most sectors of the market,” Cardillo said.

The S&P 500 is set to fall 0.3% for the week, while the Dow was poised for a 0.5% decline. The Nasdaq is set to post a smaller weekly decline of 0.5%, helped by a recent move into growth companies.

Levi Strauss & Co gained 3.9% as it forecast a strong full-year profit after beating quarterly earnings estimates on improving demand across its markets for jeans, tops, and jackets.

U.S.-listed shares of Chinese ride-hailing company Didi Global Inc rose 4.2% after four sessions of losses as it was recently hit by an investigation from China’s internet watchdog.

General Motors Co firmed 4.0% after Wedbush started coverage of the automaker’s stock with an “outperform” rating.