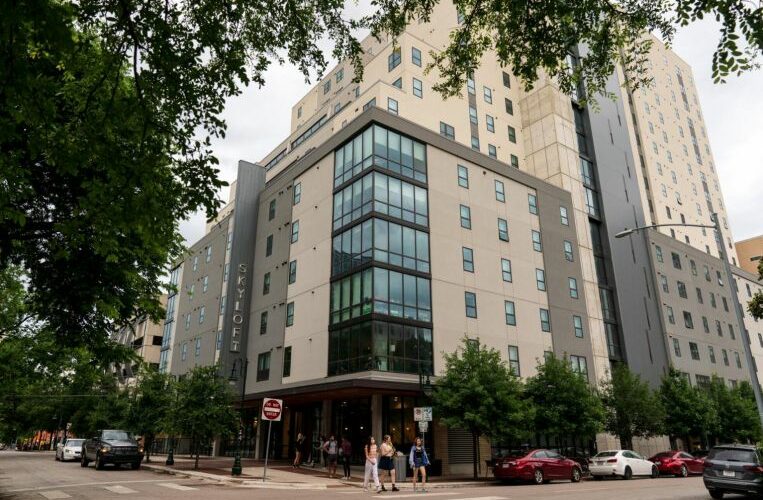 (NYTIMES) – Ms Adelaida Martinez was attracted by the opportunity to invest in Skyloft Austin, an upscale student housing complex near her alma mater, the University of Texas at Austin, and collect a monthly dividend cheque.

Mr James Parziale put money into the same deal because he was impressed by the shiny new high-rise with its sun-drenched rooftop pool and door-to-door garbage collection service.

Now both are among dozens of small investors who are suing, saying they were taken for a ride by a group of professional real estate investors who raised tens of millions of dollars from people like them to finance the purchase of the student dormitory.

According to the lawsuits and investors, more than 200 lawyers, accountants, doctors, retirees and others each invested US$100,000 (S$132,000) to US$500,000 in the deal in 2019. At least half of them are now suing the property management firm that promoted the deal, as well as a hedge fund that provided additional financing and later took control of the building before selling it off. The investors are seeking to recoup much of the US$75 million they put in.

Such deals, known as private placements, are often pitched by brokers to chosen groups of small investors. They involve the sale of stocks, real estate or other assets, but the small offerings, which promise good returns, can be risky because they lack transparency.

Real estate private placements are also popular because they offer people a way to defer taxes on property sales.

The Skyloft investors say they don’t know where the money went, or who actually owns the building today. Some court filings say that they were victims of a “Ponzi-like” scheme, in which the promoter, Mr Patrick Nelson, used proceeds from the Skyloft deal to invest in other student housing projects and enrich himself by “transferring funds to offshore bank accounts”. Mr Nelson’s company, Nelson Partners Student Housing, denied wrongdoing.

Mr Nelson blamed his firm’s financial difficulties on the coronavirus pandemic. He also blamed Axonic Capital, the hedge fund that provided financing and effectively foreclosed on the building.

Real estate private placements have become popular with small investors because they pay regular dividends and promise attractive returns in a world of low interest rates. But as the whirlwind of litigation around Skyloft shows, there are plenty of risks. Such deals are often pitched directly to investors, and there is often limited transparency or regulatory scrutiny. The fine print can be difficult to follow. Investors hand over their money, which is often locked up for years, and they have little say over how a project is managed.

Ms Martinez, who lives not far from the dorm, said she had invested a little more than US$100,000 – money that came from the sale of a rental property.

Like many investors in Skyloft, she was looking for a way to defer paying capital gains on the prior sale, and the private placement was marketed by brokers as a “1031 exchange” deal that would keep the Internal Revenue Service at bay.

A 1031 exchange deal, named after a section of the federal tax code, allows an investor to defer paying capital gains on the sale of a property as long as the proceeds are invested into another property of equal or greater value to the one sold. These transactions are often criticised as a tax break for the rich, but the deals have also long attracted interest from investors of more moderate means.

Court filings and interviews with investors set out how the Skyloft project financing worked. To secure the US$124 million purchase of Skyloft, Nelson Partners obtained a US$66 million mortgage from a group of lenders led by UBS, in addition to the US$75 million raised from ordinary investors. It also got US$35 million in short-term financing from Axonic Capital, a New York hedge fund that specialises in commercial real estate transactions. The loan from Axonic was used to complete the purchase while Nelson Partners was raising money from investors.

Nelson Partners was to pay Axonic back the bridge loan, plus interest, using money raised from investors like Ms Martinez. But Mr Nelson’s firm did not pay back the loan, according to court filings. In February last year, Axonic put Nelson Partners on notice, and it notified Mr Nelson last May that it was declaring Nelson Partners in default and taking control of the building.

“There has been a thread of secrecy going through this whole thing,” said Mr Parziale, 74, a retired lawyer.

Mr Parziale and his wife invested about US$500,000 in the Skyloft deal. He said his brother-in-law also invested US$500,000. He faulted Mr Nelson for not letting investors know what was going on and leaving them helpless. “The sponsors of these deals are like cowboys. They can do what they want.”