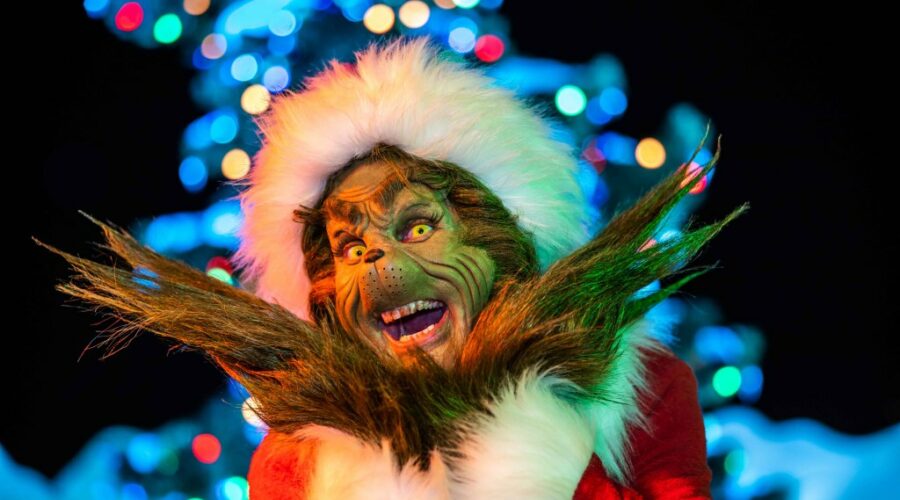 Universal Studios Hollywood today announced the dates for its “Awesomest Celebration of the Season” and the return of fan favorites “Christmas in The Wizarding World of Harry Potter” and “Grinchmas.”The fun begins Friday, November 25, 2022 and runs daily through Sunday, January 1, 2023. And, unlike some other parks, all holiday festivities are included in the price of theme park admission at Universal.

“Christmas in The Wizarding World of Harry Potter” sees the village of Hogsmeade transformed with festive décor. Guests can savor a delicious Hot Butterbeer, while enjoying a special holiday a capella performance from the Hogwarts Frog Choir. Holiday exclusives at the village shops include personalized ornaments and notebooks, and hearty holiday dining at Three Broomsticks.

Night will bring the spectacle of “The Magic of Christmas at Hogwarts Castle,” a light projection show featuring music and sounds from the Harry Potter film series. 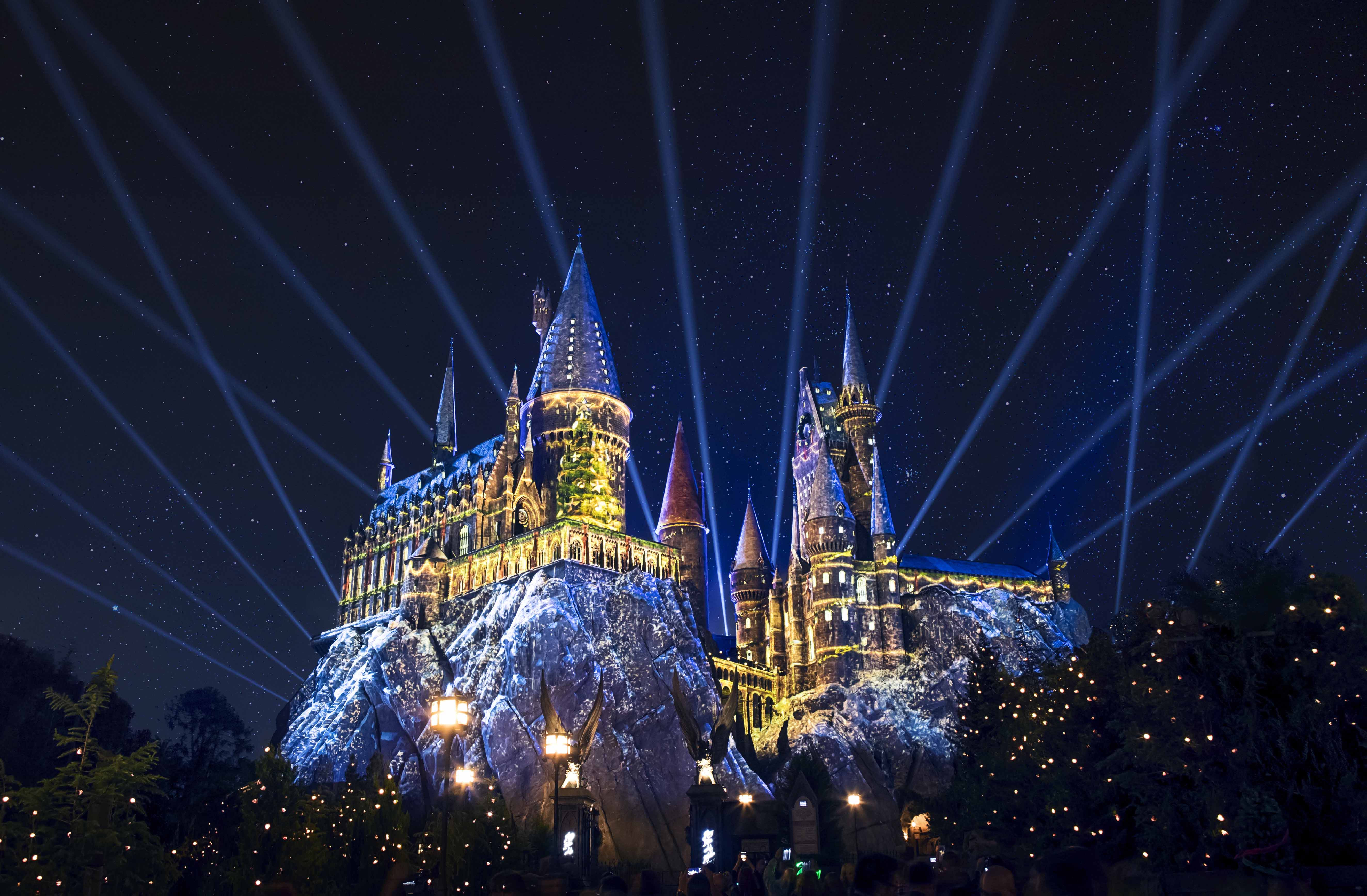 Over in the heart of the theme park at Universal Plaza, the cheerful Grinchmas Who-bilation will return. A topsy-turvy 65 foot-tall Grinchmas tree decorated with hundreds of ornaments and thousands of LED lights. Every evening, at a jovial tree lighting ceremony the Grinch himself will tell his story along with the Who-ville Whos, ending in a snowball flurry.

What’s more, the Grinch and his faithful dog Max will be available for photo opportunities throughout the day. Cindy-Lou Who lead daily story time for young visitors looking to learn of “How the Grinch Stole Christmas” and the Who-ville post office will be accepting postcards with holiday messages. Additionally, an array of sweet holiday treats, including hot cocoa, will be available for purchase.

Universal CityWalk will be dressed with spirited décor and its own 40 foot-tall Christmas tree featuring more than 200,000 LED lights. The infamous Voodoo Doughnut will tempt guests with seasonal flavors.