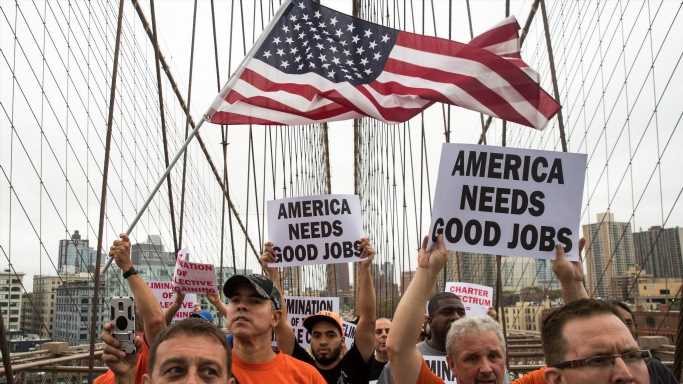 This Labor Day, a large share of the American workforce will enjoy a long weekend, thanks to the history of union representation in this country. The very first Labor Day was celebrated in New York City in 1882, a product of planning by the Central Labor Union. Even the weekend as we know it today was a hard-fought right won through organized labor.

While in some states unions have lost most of their power, in others, unions still have clout. To identify the states with the highest union membership, 24/7 Wall St. used union membership data from Union Stats, a resource compiled using the Current Population Survey and Bureau of Labor Statistics. Union data is current as of Feb. 1, 2022. Ten-year changes in membership and employment are also from Union Stats, while average yearly wage is from the Bureau of Labor Statistics Occupational Employment and Wage Statistics survey.

In addition to challenges by competition from abroad, organized labor has been confronted by robust and sophisticated management tactics to keep unions out of the workplace. (Unions have tactics too. Here are 31 of the largest worker strikes in American history.)

A recent Gallup Poll found public approval about unions is at its highest level since 1965, at 71%. (These are states with the most unfair dismissals.)

Organized labor has scored some recent victories. In July, the California state legislature sent a bill to Gov. Gavin Newsom, which would allow the state the power to regulate conditions and wages at fast food restaurants.

Since December 2021, more than 110 Starbucks across the country have voted to unionize, compared to just 13 that voted against.  A Buffalo store was the first Starbucks to unionize in December.

Click here to see states with the highest union membership