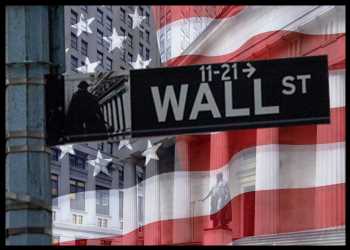 After an early move to the downside, stocks have shown a notable turnaround over the course of the trading session on Tuesday. The major averages have bounced well off their early lows and into positive territory.

The rebound on Wall Street comes as some traders look to pick up stocks at relatively reduced levels following recent weakness.

The major averages closed lower for four consecutive session, ending Monday’s trading at their lowest closing levels in over a month.

Trading activity has been somewhat subdued, however, with some traders reluctant to get back into the markets amid lingering concerns the Federal Reserve’s aggressive interest rate hikes will tip the economy into a recession.

On Friday, the Commerce Department is due to release its report on personal income and spending, which includes a reading on inflation said to be preferred by the Fed.

With Fed Chair Jerome Powell saying the central bank will require “substantially more evidence” inflation is on a sustained downward trend before halting its rate hikes, traders are likely to keep a close eye on the inflation reading.

Reports on consumer confidence, new and existing home sales and durable goods orders are also likely to attract attention in the coming days.

In U.S. economic news, the Commerce Department released a report showing a decrease in new residential construction in the U.S. in the month of November.

Economists had expected housing starts to decline by 0.7 percent to a rate of 1.415 million from the 1.425 million originally reported for the previous month.

Building permits, an indicator of future housing demand, were expected to dive by 3.7 percent to 1.470 million from the 1.526 million originally reported for the previous month.

Gold stocks have moved sharply higher on the day, resulting in a 4.6 percent spike by the NYSE Arca Gold Bugs Index.

The rally by gold stocks comes amid a notable increase by the price of the precious metal, with gold for February delivery jumping $31 to $1,828.70 an ounce.

Substantial strength is also visible among steel stocks, as reflected by the 3.2 percent surge by the NYSE Arca Steel Index.

Oil service stocks are also seeing considerable strength amid an increase by the price of crude oil, driving the Philadelphia Oil Service Index up by 2.8 percent.

Computer hardware, airline and brokerage stocks have also shown notable moves to the upside, moving higher along with most of the other major sectors.

In the bond market, treasuries are extending the notable downward move seen in the previous session. As a result, the yield on the benchmark ten-year note, which moves opposite of its price, is up by 9.6 basis points at 3.677 percent.

27/12/2022 Business Comments Off on U.S. Stocks Regain Ground After Early Move To The Downside
Markets