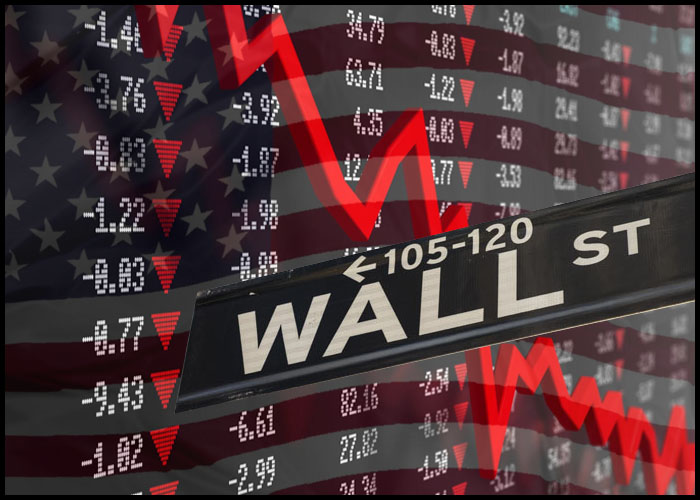 Stocks have moved sharply lower in morning trading on Tuesday, giving back ground following the substantial rally seen over the past several sessions. The major averages have all shown significant moves back to the downside.

The sharp pullback on Wall Street comes following the release of the Labor Department’s highly anticipated report on consumer price inflation in the month of August.

The report showed an unexpected monthly uptick in consumer prices as well as a smaller than expected slowdown in the annual rate of price growth.

The modest increase in consumer prices came as higher prices for shelter, food and medical care offset another steep drop in gasoline prices.

Compared to the same month a year ago, consumer prices were up by 8.3 percent in August, reflecting a slowdown from the 8.5 percent spike in July. However, economists had expected the annual rate of growth to slow to 8.1 percent.

The report also showed core consumer prices, which exclude food and energy prices, climbed by 0.6 percent in August after rising by 0.3 percent in July. Core prices were expected to increase by another 0.3 percent.

The data has led to renewed concerns about the outlook for interest rates ahead of the Federal Reserve’s monetary policy meeting next week.

“There might be some late speculation that the Fed could even go for a 100bp hike although, with rates now close to neutral, we doubt that will happen,” Ashworth said.

Semiconductor stocks are pulling back sharply following recent strength, resulting in a 3.9 percent nosedive by the Philadelphia Semiconductor Index.

Interest rate sensitive housing stocks have also shown a substantial move to the downside, dragging the Philadelphia Housing Sector Index down by 3.8 percent.

Considerable weakness is also visible among retail stocks, as reflected by the 3.6 percent plunge by the Dow Jones U.S. Retail Index.

Biotechnology, computer hardware and gold stocks are also seeing significant weakness, moving notably lower along with most of the other major sectors.

Meanwhile, the major European markets have moved to the downside following the U.S. inflation report. While the U.K.’s FTSE 100 Index has slid by 0.6 percent, the French CAC 40 Index and the German DAX Index are both down by 0.8 percent.

In the bond market, treasuries have moved notably lower in reaction to the hotter than expected inflation data. As a result, the yield on the benchmark ten-year note, which moves opposite of its price, is up by 7.5 basis points at 3.437 percent.