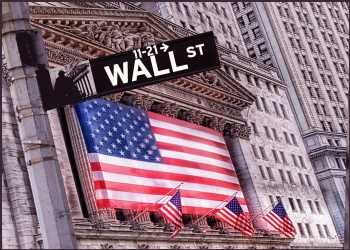 After ending the previous session mostly higher, stocks are likely to see further upside in early trading on Friday. The major index futures are currently pointing to a higher open for the markets, with the S&P 500 futures up by 0.8 percent.

Strength in overseas markets may carry over onto Wall Street early in the session, as stocks look to snap a three-week losing streak.

Reflecting the rally on Tuesday and the late-day advance on Thursday, the major averages are starting the day posting strong gains for the week.

Not long after the start of trading, the Commerce Department is scheduled to release its report on new home sales in the month of May. New home sales are expected to dip by 0.5 percent to an annual rate of 588,000 in May after plunging by 16.6 percent to a rate of 591,000 in April.

Stocks extended the volatility seen during Thursday’s session, fluctuating over the course of the trading day on Friday. Benefiting from the some late-day strength, the major averages all ended the session firmly in positive territory.

The major European markets have also moved to the upside on the day. While the French CAC 40 Index has spiked by 2 percent, the U.K.’s FTSE 100 Index is up by 1.6 percent and the German DAX Index is up by 1 percent.