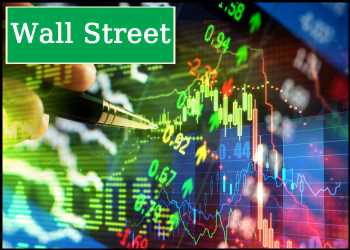 After opening with a positive gap, U.S. stocks kept moving higher and higher on Monday as buying gathered momentum and finally ended the session on a buoyant note.

The surge was due largely to hectic bargain hunting after recent sharp losses. Data showing the pace of U.S. manufacturing activity to have grown at its slowest pace in 30 months helped ease concerns about aggressive tightening by the Fed.

Investors looked ahead to the upcoming jobs data for September, due out later in the week.

A report from the Institute for Supply Management showed activity in the U.S. manufacturing sector slowed by more than expected in the month of September but still saw continued growth.

The ISM said its manufacturing PMI fell to 50.9 in September from 52.8 in August, although a reading above 50 still indicates growth in the sector. Economists had expected the index to edge down to 52.2.

With the bigger than expected decrease, the manufacturing PMI dropped to its lowest level since hitting 43.5 in May 2020.

Economists had expected construction spending to dip by 0.3 percent compared to the 0.4 percent drop originally reported for the previous month.

The bigger than expected decrease in total construction spending came as spending on private construction decline by 0.6 percent to an annual rate of $1.426 trillion.

Tesla plunged more than 8 percent after the company’s vehicle deliveries fell short of estimates. Tesla delivered a record 343,830 cars worldwide in the third quarter. However, analysts had expected the company to ship nearly 358,000 vehicles in the quarter.