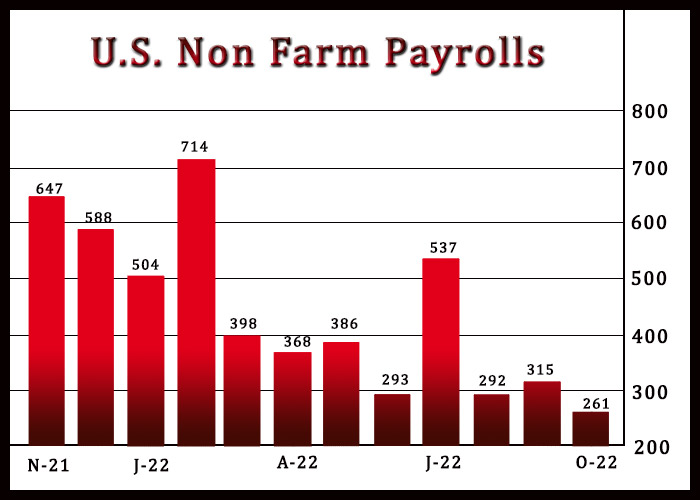 Employment in the U.S. increased by more than expected in the month of October, according to a closely watched report released by the Labor Department on Friday.

The report showed non-farm payroll employment jumped by 261,000 jobs in October after surging by an upwardly revised 315,000 jobs in September.

Economists had expected employment to climb by about 200,000 jobs compared to the addition of 263,000 jobs originally reported for the previous month.

The increase in the unemployment rate came as the household survey measure of employment decreased by 328,000, while the labor force shrank by 22,000.

“The October employment report had something for everyone, with payrolls pointing to continued strong employment gains while the household survey showed a sharp fall in employment and a rise in unemployment,” said Michael Pearce, Senior U.S. Economist at Capital Economics.

He added, “Either way, what’s clear is that the labor market has continued to hold up better than expected and with wage growth still too hot for the Fed, there is little to suggest that officials will drop their hawkish bias any time soon.”

The report showed average hourly earnings climbed by $0.12 or 0.4 percent to $32.58. The annual rate of wage growth still slowed to 4.7 percent in October from 5.0 percent in September.