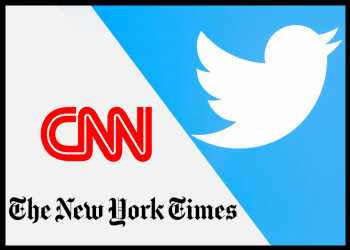 Elon Musk’s Twitter has suspended accounts of several high-profile journalists including that of CNN, The New York Times, The Washington Post, as well as Mastodon, a Twitter rival.

Musk, while replying to a Twitter user, said, “They posted my exact real-time location, basically assassination coordinates, in (obvious) direct violation of Twitter terms of service.”

All these suspended accounts were said to have covered Twitter and Musk aggressively in recent weeks, mainly Twitter’s very recent ban of @ElonJet, an account that tracked the location of Musk’s private jet realtime. Following that ban, Twitter on Wednesday said it has updated its Private Information policy to prohibit sharing someone else’s live location in most cases.

The @ElonJet account, which had more than 500,000 followers, was run by 20-year-old Florida college student Jack Sweeney, who used certain publicly available flight tracking data to give the flight information.

Following the @ElonJet ban, Musk justified Twitter’s new policy, saying in a tweet that any account doxxing real-time location info of anyone will be suspended, as it is a physical safety violation. This includes posting links to sites with real-time location info. However, posting locations someone traveled to on a slightly delayed basis isn’t a safety problem, and that it’s ok.

The term doxxing indicates the act of publicly providing personally identifiable information about an individual or organization, usually via the internet.

In another tweet on Wednesday, Musk noted that legal action is being taken against Sweeney & organizations who supported harm to his family.

Following the incidents, CNN quoted its spokesperson as saying, “The impulsive and unjustified suspension of a number of reporters, including CNN’s Donie O’Sullivan, is concerning but not surprising. Twitter’s increasing instability and volatility should be of incredible concern for everyone who uses Twitter.”

A New York Times spokesperson said, “Neither The Times nor Ryan have received any explanation about why this occurred. We hope that all of the journalists’ accounts are reinstated and that Twitter provides a satisfying explanation for this action.”

Ever since completing the acquisition in October, Twitter’s new owner has been reshuffling its management, operations and actions.

Over the months, Musk has repeatedly said he would permit free speech on the platform. At the time of announcing his plan to buy Twitter, Musk had tweeted that, “I hope that even my worst critics remain on Twitter, because that is what free speech means.”