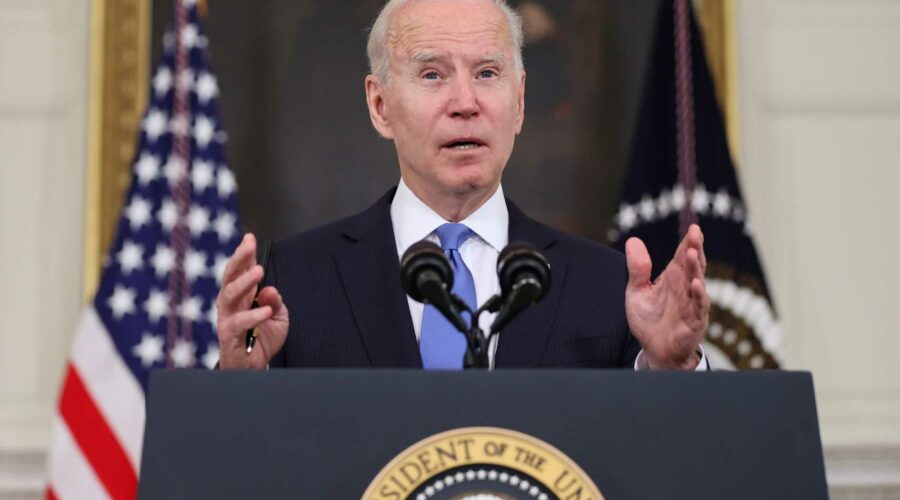 Yet the plans exclude a policy he vowed to reel in during the campaign: the 20% deduction for certain businesses.

Tax experts share why Biden may have skipped the change and how it may impact revenue.

The so-called qualified business income, or QBI, deduction is part of the 2017 Tax Cut and Jobs Act.

The provision allows pass-through businesses, such as sole proprietors, partnerships and S-corporations, to deduct up to 20% of eligible revenue.

However, those above the thresholds may only take a partial deduction, and some businesses lose eligibility altogether.

Although proponents said the pass-through deduction may spark growth, critics say the benefits skew in favor of the wealthy.

"It doesn't benefit folks at the low end, and it's exceedingly complex, so it's very difficult to figure out what policy objective it's designed to accomplish," said Richard Winchester, a tax law professor at Seton Hall University School of Law.

Moreover, 61% of pass-through tax benefits may go to the top 1% of families by 2024, according to a report from the Joint Committee on Taxation.

"A tax cut on the pass-through side benefits high-income people in a very large way," Winchester added.

As part of his plan to make the affluent pay their "fair share," Biden's campaign promise included a cap on the business deduction with a phase-out for those making over $400,000.

CNBC reached out to the White House for comment.

Biden may have skipped the phase-out because it violates his pledge not to raise taxes on those making less than $400,000, said Alex Durante, federal tax economist at the Tax Foundation.

"As Section 199A is a relatively new provision, I commit to studying its impact on small businesses since its inception to determine the extent to which it is helping to improve the prospects of America's small business owners," Yellen responded.

Plus, with limited eligibility for certain taxpayers and businesses, Durante said Biden may have shifted to areas with greater potential to raise funds.

"There's just not a lot of revenue to extract from eliminating it above that threshold relative to some of the other proposals," he said.

"I am puzzled by Biden's omission," said Steve Rosenthal, senior fellow in the Urban-Brookings Tax Policy Center at the Urban Institute.

He argued it may have been easy for Biden to limit the pass-through deduction to taxpayers making less than $400,000, which better targets the tax break and still satisfies his campaign pledge.

Biden's phase-outs for those earning over $400,000 may bring in an estimated $143.4 billion through 2030, according to Tax Policy Center analysis.