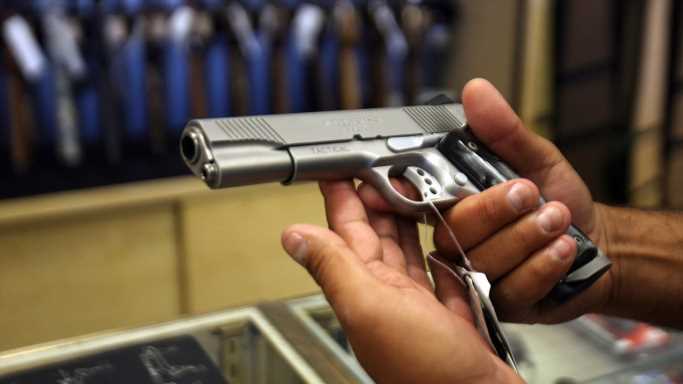 FBI data on background checks is the best available proxy of U.S. gun sales, even though private sales of firearms, including those at gun shows, are exempted from background checks in some states. According to this data, the state with the most gun sales is Illinois.

A 2015 survey conducted by the Joyce Foundation and the Fund for a Safer Future found that 50% of the respondents who had bought guns privately in the previous two years had not undergone checks. (These are the states with the most gun violence.)

The FBI publishes a monthly list of how many federal background checks are conducted on potential gun buyers as part of its National Instant Criminal Background Check System. Nearly everyone put through this system qualifies. Of the more than 400 million checks that have been done since November 1998, there have only been 4 million denials. Those who are excluded usually have criminal records.

While people who already own guns have been buying more, there is a new group of buyers. According to the New York Times, data on 2020 gun sales from Northeastern University and the Harvard Injury Control Research Center shows that about a fifth of all Americans who bought guns last year were first-time gun owners. The study also revealed that half of those new gun owners were women, a fifth were Black, and a fifth were Hispanic.

Recent growing civil unrest may have prompted people to buy guns for personal and family protection, many social scientists have posited, although this remains a matter of debate. Another theory is that chaos brought on by the pandemic was a major cause. (These are large cities where homicide is soaring.)

NPR, in April, commented on another trend: “Most often, the first-timers are purchasing a semiautomatic handgun, outpacing the second-most-purchased firearm, shotguns, by 2 to 1, according to NSSF [National Shooting Sports Foundation].”

According to the FBI data, the state with the most gun sales through the first 10 months of this year was Illinois at more than 7.7 million. The state has only 4% of the U.S. population but accounted for 24% of gun sales for the period. In second place, Kentucky had about 3.1 million sales over the same period. That’s more than 8% of the guns sold nationwide, even though the state has only 1.3% of the population.

Click here to see the state that sells the most guns