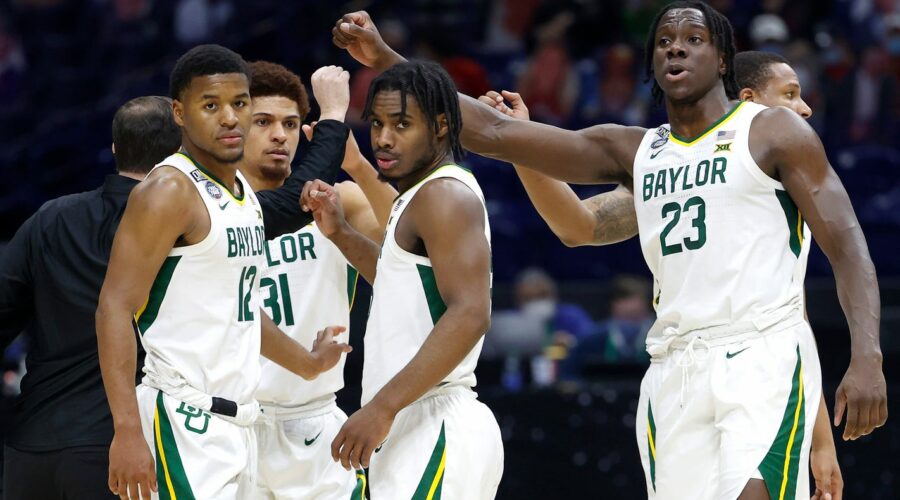 INDIANAPOLIS — Jared Butler said he started to worry when he wasn't making shots in his first three March Madness games. The Final Four's Most Outstanding Player had the luxury of winning despite not playing his best until the pinnacle of the season because of Baylor teammates Davion Mitchell and MaCio Teague.

"My teammates found me, kept feeding me the ball, telling me to shoot the ball," Butler said. "I'm glad it came at the right time."

Butler made his first four shots (10 points) to help the Bears start fast and emerge with a 86-70 win over Gonzaga in the national championship game. Baylor's defense was praised. Its athletic big men were lauded. But the net-cutting equation starts with one of the best guard trios in men's NCAA Tournament history.

mistakes," Gonzaga coach Mark Few said. "We talked about not doing as far as giving them catch-and-shoot 3s or shake-down 3s, and they made us pay in a hurry."

First, it was Mitchell with a pair of step-back jumpers in the opening minutes. Midway through, Teague caught fire. But Butler was the tone-setter, with 22 points and seven assists off four three-pointers. Teague had 19 and Mitchell 15.

06/04/2021 Business Comments Off on ‘They made us pay’: Baylor’s guard trio keys men’s national championship over Gonzaga
Markets